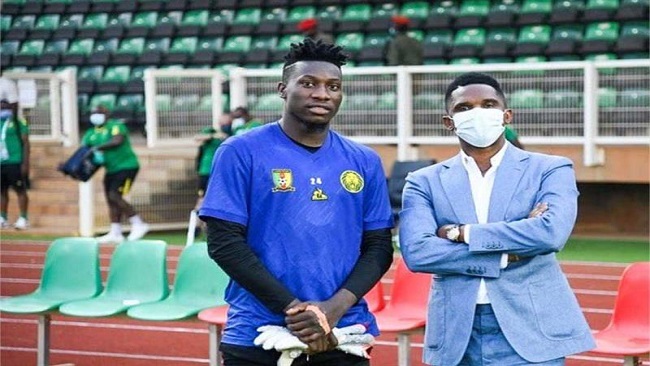 Africa Cup of Nations: ‘It’s a war, that’s how you should play the game,’ Eto’o tells Lions ahead of Egypt clash 0

President of the Cameroonian Football Association Samuel Eto’o urged Cameroon’s players to treat Thursday’s game against Egypt in the semi-final of the 2021 Africa Cup of Nations as if they are going to war.

The Cameroon great, who won himself the title twice in 2000 and 2002, gave the national team players an enthusiastic speech that went viral on social media on Monday.

“Everything you’ve made so far must be completed on Thursday, with the same mentality. Prepare yourself because it is going to be a war. That’s how you should play the game. A war,” said Eto’o.

“You can’t waste such a chance, this is impossible,” he added.

The hosts qualified to the semifinal after defeating Gambia, while the Pharaohs reached the semis after completing a remontada against Morocco.

The last time both teams have faced each other in the Africa Cup of Nations was in the final of the 2017 edition, where the Pharaohs lost 1-2.

Eto’o, a four-time African player of the year, was elected President of the Cameroon Football Federation in December 2021. Since then, he has been a stiff defender of playing in the Nations Cup despite the opposition of European clubs due to the coronavirus pandemic and doubts surrounding the readiness of his country.

A triumph of the Indomitable Lions in this edition would be a slam dunk to the start of his era.