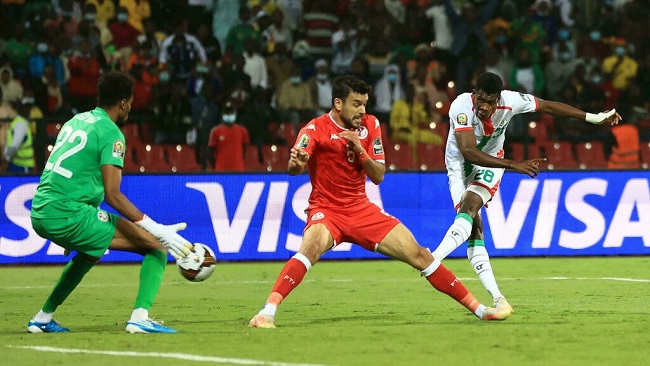 Teenager Dango Ouattara scored on the stroke of halftime to ensure a 1-0 win for Burkina Faso over Tunisia in their Africa Cup of Nations quarter-final at the Roumde Adjia Stadium on Saturday.

Ouattara, 19, held off two defenders to strike home the ball from close range after a breakaway attack in the third minute of stoppage time at the end of the first half.

The striker, who later got himself sent off, was set on his way by a pass from inside his own half from Blati Toure as the Burkinabe played a clever counter-attacking game to advance to the last four of the tournament in Cameroon.

It is the third time in the last five editions of the continental championship that Burkina Faso have got to the semi-finals and they will next take on the winners of Sunday’s quarter-final in Yaounde between Senegal and Equatorial Guinea.