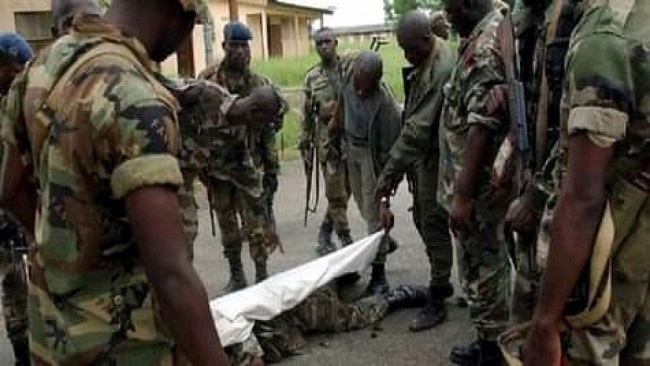 The head of an elite Cameroon government army soldier serving with the 51 Infantry Batallion in the West region was cut off with a spade after out of ammunition Ambazonia fighters on Tuesday raided Government High School Bameyam in the Bamboutous District bordering the North West.

After killing the Cameroon government soldier, the Amba fighters used the enemy’s gun to injure two other troops.

The Ministry of Defense confirmed the brutal incident and added that the attack occurred deep inside Galim.

The soldier was ambushed by Amba fighters who took refuge in a farm behind the school building.

Sources at the defense headquarters in Yaounde say during the ambush, the Ambazonia fighters taunted the soldier, telling him they would send his head back to his wife.

Two other Cameroon government soldiers who reportedly radioed for help were seriously injured.