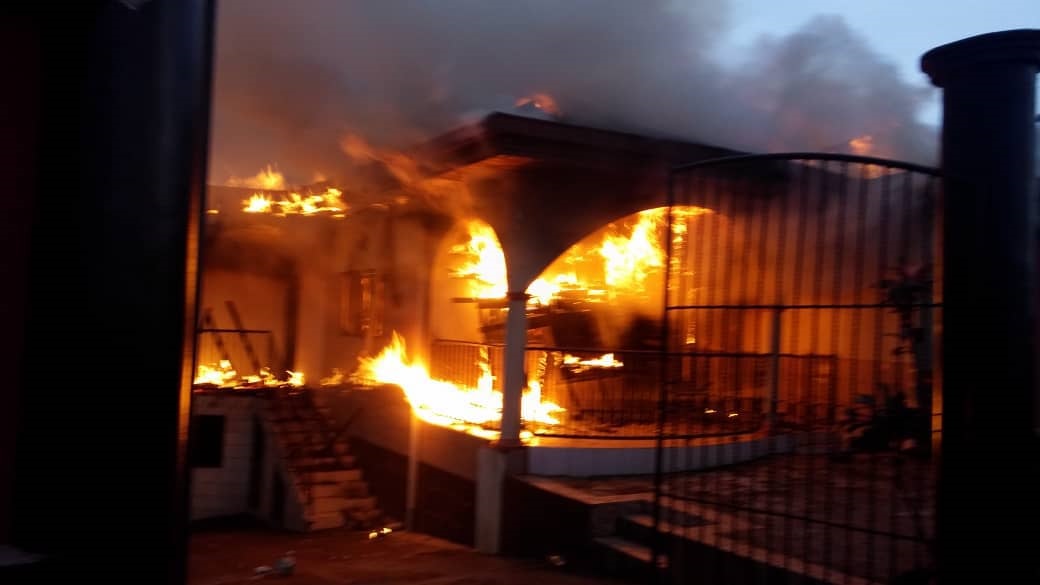 The brutal attacks against ordinary people and security forces are further proof of the horrific escalation of violence in Cameroon’s Anglophone regions, Amnesty International said today.

The organization’s forensic experts have authenticated two videos which were received late last week. In the first video, an individual identifies himself as being a member of the armed separatists group “Ambazonia Liberation Forces”. The same video shows images of a gendarme’s decapitated head.

In the second video, which is believed to be a continuation of the first clip, a voice can be heard saying that the armed separatists had taken the gendarme’s rifle, which Amnesty International identified as an AK Chinese Type 56, a model that is ubiquitous in the region.

“The situation in the Anglophone regions of Cameroon is becoming increasingly desperate with no one spared from the violence which is spiralling out of control,” said Samira Daoud, Amnesty International’s Deputy Regional Director for West and Central Africa.

According to Amnesty International’s forensic experts, the gendarme had bruises on his head, which was laid on a blood-soaked white cloth with what could be his genitalia placed nearby.

Amnesty International is not yet in a position to independently confirm the exact location of where the videos were shot, but analysis suggests it might be in the area of Belo, in the North West region which has been badly affected by the crisis. Belo is also close to Njinikom, a town and commune in the North West Region of Cameroon, where the armed separatists group “Ambazonia Liberation Forces” is known to operate.

“By also attacking and kidnapping students and teachers, we have reasons to believe many other lives of ordinary people are now at risk with the violence carried out by some members of the armed separatists groups. This must immediately stop,” said Samira Daoud.

As a result of the violence in the Anglophone regions, up to 400 ordinary people have been killed since a year by both the security forces and the armed separatists.

“Perpetrators from both sides who have attacked and killed people or destroyed their properties must not continue to walk free. The authorities in Cameroon must commit to urgently, promptly, independently and effectively investigating these crimes,” said Samira Daoud.

Since the start of the crisis in Cameroon’s Anglophone regions in late 2016, Amnesty International has documented the deaths of more than 160 members of the security forces at the hands of armed separatists. However, the death toll could be much higher as attacks go underreported.

On 3 September, in the town of Bafut in the North West region, armed separatists kidnapped seven students and the head of the Presbyterian Comprehensive Secondary School (PCSS), who was tortured and seriously injured while in captivity. The hostages were released in the following days and the head of the school was taken to the hospital for treatment.

Also around 10 September, armed separatists attacked the positions of soldiers stationed near the well-known St. Joseph’s College Sasse in the town of Buea, causing an intense exchange of fire between them and the security forces. People living around told Amnesty International that they have heard heavy gunfire for a few hours on the night of the incident.

“With the upcoming elections in Cameroon, we have reason to fear a further upsurge in violence. We may well see an escalation in the number of security incidents and increased activity by armed separatists threatening to disrupt the electoral process at all costs in the Anglophone regions,” said Samira Daoud

“Violence will only fuel further incidents, crimes and untold suffering. The government must act immediately against this in an attempt to restore peace in the Anglophone regions.”

In its June 2018 briefing, A turn for the worse: Violence and human rights violations in Anglophone Cameroon, Amnesty International highlighted a series of acts of violence committed by armed separatists in the two Anglophone regions. The document featured cases of ordinary people, including teachers and traditional chiefs, who were assaulted and abducted by armed separatists.

The June briefing also documented how security forces have burnt down villages, indiscriminately killed, arrested and tortured dozens of people during military operations which have displaced thousands of civilians both within the Anglophone regions and in Nigeria.