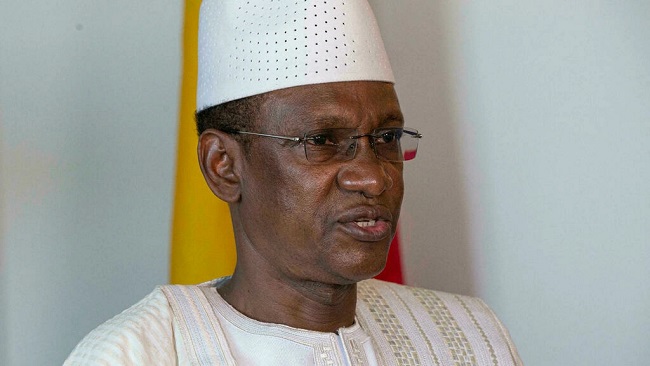 Mali’s prime minister on Monday accused France of having sought the partition of the west African country during its military mission there, the latest flare-up in relations between Paris and Bamako.

In a 45-minute speech to diplomats gathered at his request, Choguel Kokalla Maiga denounced France, the former colonial power and a vocal critic of the military regime that appointed him.

But Maiga stopped short of calling for the departure of the anti-jihadist force that France leads in Mali.

He acknowledged that France’s military intervention in 2013 had halted a jihadist insurgency that had already captured the north of the country and threatened the south.

But, the French operation later turned into a de facto partition of the country, he argued.

The jihadists were allowed to take refuge in part of Mali’s territory, regroup and return in force from 2014, said Maiga.

And drawing a parallel with the Allied liberation of France at the end of World War II, he added: “When the French judged that (the US presence) was no longer necessary, they told the Americans to go.

“Did the Americans start insulting the French?”

Tensions have been mounting after French President Emmanuel Macron lashed out at Mali’s failure to stick to a timetable for a return to civilian rule.

Mali stepped up its denunciations of France after the European nation reportedly got the EU and the so-called West African bloc ECOWAS to sanction the people of Mali and their government.

Bamako has accused Paris of having manipulated ECOWAS into its hard line against Bamako, a theme Maiga returned to in Monday’s speech.

The aim had been to present Mali as a pariah, he said.

“We cannot be turned into vassals,” he added. “You cannot enslave the country. That is over,” he said, a reference to the country’s past as a colony of France.

Reported by AFP with additional editing by Camcordnews