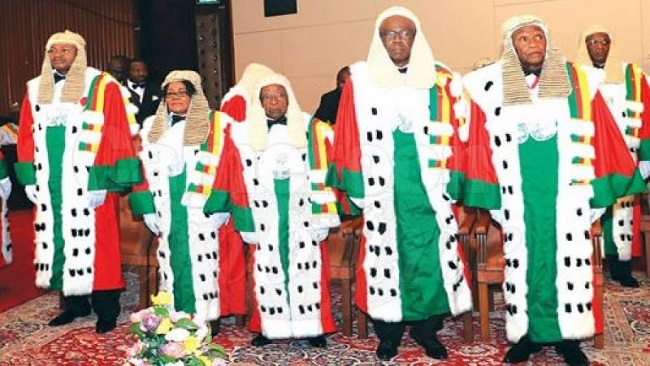 Cameroon’s President Paul Biya has won a seventh term in office in polls marred by low turnout and voter intimidation. Mr Biya, at 85 sub-Saharan Africa’s oldest leader, took 71.3% of the vote, according to official results. Opposition calls for a re-run of the presidential election were rejected by the Constitutional Council last week.

Riot police were deployed on Sunday to the major cities of Yaoundé and Douala in case of opposition protests. Cameroon’s two English-speaking provinces have been hit by more than a year of violent protests and attacks by separatist rebels which have left hundreds dead. Two days before results were announced, Africa’s longest-serving President Teodoro Obiang Nguema of neighbouring Equatorial Guinea congratulated Mr Biya on his win.

Mr Biya’s nearest challenger, Maurice Kamto of the MRC/CRM, gained just 14.2%. Mr Biya took the majority of votes in all but one of Cameroon’s 10 regions, losing out to Mr Kamto by a small margin in the Littoral region which is home to the economic capital, Douala.

Across the country, only half of Cameroon’s voting-age population took part in the polls. Tens of thousands of people were unable to cast their votes because of insecurity.

Threats of violence made against would-be voters by rebels in the Anglophone regions reportedly deterred many from casting their ballot. On Election Day, three separatists who were accused of opening fire on passers-by were shot dead by security forces. Some rebels also tried to disrupt the transporting of ballot boxes by calling for a total ban on all travel. Voter turnout in the country’s two Anglophone regions was as low as 5%, according to the International Crisis Group. Official figures give an almost 16% turnout in the English-speaking South-West region .

Witnesses have told AFP news agency they heard gunfire on Monday morning in Buea, the capital of the English-speaking South-West region.

Cameroon’s electoral body Elecam also reduced the overall number of polling stations across the Anglophone North-West and South-West regions, and moved some others from turbulent zones to more secure areas.

Seats reserved for opposition representatives at the constitutional council were left empty as the results of the 7 October presidential election were read out, the BBC’s Randy Joe Sa’ah reports from Yaoundé.

Among those calling for a fresh vote were President Biya’s two main challengers – Mr Kamto and Joshua Osih of the main opposition SDF/FSD. Mr Kamto went as far as declaring himself the winner of the polls despite producing no evidence to prove this.

Election observers from the African Union reported that the polls were “generally peaceful” but added that “most parties were not represented” when it came to who was allowed to oversee voting and ballot counts at polling stations.

The only other group to send monitors was the International Organisation of La Francophonie (OIF), whose head urged candidates and stakeholders to do their part in preserving peace and use legal channels in any challenges to the results (in French).

False claims were made on Cameroon’s state-owned television that Transparency International had deployed international observers, forcing the Germany-based campaign group to issue a statement denying them.

Cameroon’s parliamentary and legislative elections were due to take place at the same time as the 7 October presidential elections but have been postponed to 2019.