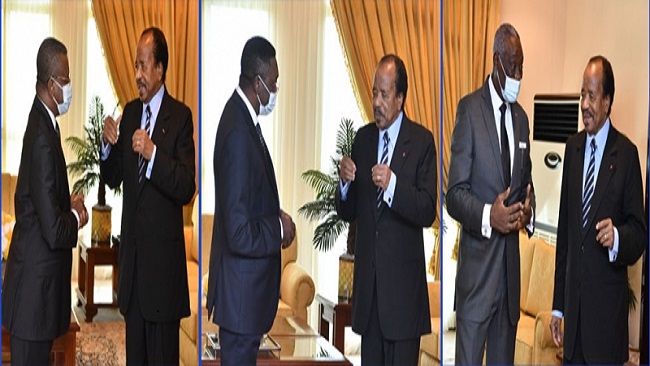 The Southern Cameroons Department of Foreign Affairs has released a statement saying the current ruling class in French Cameroun is not serious about peace in the two nations. The statement that was signed jointly by Vice President Dabney Yerima and Professor Carlson Anyangwe stressed that the Biya French Cameroun dream that its Francophone army soldiers will be at peace in the Federal Republic of Ambazonia is a mere illusion that will never come true.

The Ambazonia Interim Government statement was making a reference to an earlier position that was taken by the leader of the Ambazonia revolutionary President Sisiku Ayuk Tabe and the Ambazonia Restoration Council requiring La Republique du Cameroun to end the presence of its army soldiers in the Federal Republic of Ambazonia.

The statement said Southern Cameroons Self Defense groups will not wait until after the Africa Cup of Nations to begin the process of forcing French Cameroun troops to leave the Federal Republic of Ambazonia as demanded by both the Interim Government and the Restoration Council.

It called on the people of Ground Zero to be ready to fulfill their duty of staging massive “kontry Sundays” during the Africa Cup of Nations that will be directed by Vice President Dabney Yerima.