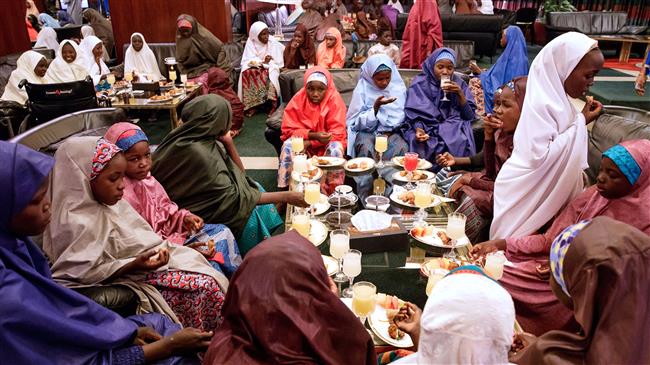 The United Nations (UN)’s children’s agency has slammed the repeated attacks by the Daesh-linked Boko Haram terrorist group against children in Nigeria, announcing that at least 1,000 children have been abducted in the African country since 2013.

More than 1,000 children, mostly under 15 years of age, have been abducted in northern Nigeria since January 2013, the UN’s Children’s Fund, UNICEF, estimated in a statement on Thursday.

“Children in northeastern Nigeria continue to come under attack at a shocking scale,” said Mohamed Malick Fall, UNICEF’s Nigeria head. “UNICEF is appealing for an end to attacks on schools and all grave violations of children’s rights.”

He also called for the release of those still held in captivity.

Boko Haram has been regularly kidnapping youngsters. In 2014, 276 schoolgirls were abducted from the town of Chibok, located in Nigeria’s northeast. The mass kidnapping triggered global condemnation and intense criticism of Nigerian officials in the country as well as an international “Bring Back Our Girls” campaign.

“Nigerian authorities have made a commitment to make schools safer and more resilient to attack, and UNICEF stands with them to implement the Safe Schools Declaration, by which Nigeria commits to protecting schools and universities from violence and military use during armed conflict,” Fall further said.

The agency also said that at least 2,295 teachers had been killed and more than 1,400 schools had been destroyed due to the militancy in Nigeria.

The Boko Haram terror campaign in Nigeria is in its tenth year and has so far killed more than 20,000 and forced the displacement of over two million others.

Most recently, more than 100 schoolgirls were kidnapped by the group in the town of Dapchi, which had previously been unaffected by the militancy. The girls were later released reportedly through quiet efforts by the government.

Four years since the Chibok abduction, however, some 100 of the schoolgirls are believed to remain in captivity. Nearly 60 of the abductees escaped soon after the incident and some others have since been released through mediation.

Nigerian President Muhammadu Buhari, a former general, came to power in 2015 on a platform of stamping out the Boko Haram militancy. Despite retaking swathes of territory from the group, though, the government has been unable to prevent attacks from continuing against both civilians and government targets.

Buhari plans to seek re-election in 2019.