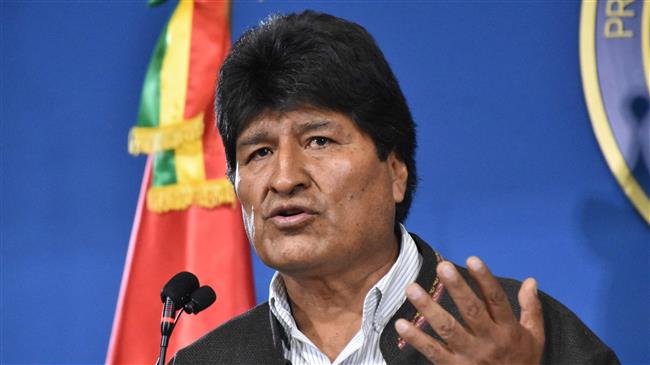 Bolivia’s President Evo Morales has called a new presidential election in an outstanding concession, as the opposition in the Latin American country has disputed the results of the recent election that the incumbent has won.

In a TV address on Sunday, Morales said he would “call for new national elections, which, by voting, allow the Bolivian people to democratically elect new authorities.”

The announcement came after the Organization of American States (OAS) — which was tasked with doing a count audit after the opposition claimed the previous poll was fraudulent — released a preliminary report saying the election must be re-run due to irregularities.

“The first round of the election held on October 20 must be annulled and the electoral process must begin again, with the first round taking place as soon as there are new conditions that give new guarantees for it to take place, including a newly composed electoral body,” the organization said.

Electoral authorities announced that Morales secured an outright win in the first round of the presidential election on October 20, while his rival and the head of the Civic Community opposition party, Carlos Mesa, refused to recognize the results of the vote.

Opposition parties claimed that there had been irregularities in the vote-counting process, and the Bolivian president accused the opposition of trying to overthrow him.

The new announcement by Morales came after he called on Saturday for “urgent” negotiations with the opposition amid reports that the country’s police and security forces had joined anti-government protesters.

Morales, who spoke at a press conference in the Bolivian capital of La Paz, called for a round-table discussion with the four political parties represented in the country’s assembly.

The Bolivian military said in a statement the same day that it wouldn’t confront the demonstrators in the weeks-long standoff over Bolivia’s disputed election.

Three people have died and hundreds injured in often violent protests since Morales claimed a fourth consecutive term in the election.

The president came to power in 2006 as Bolivia’s first indigenous leader and has won his previous three terms with solid majorities.

Morales won last month’s vote with a lead of over 10 points against Mesa, his nearest rival. The victory was marred by a near 24-hour halt in the count, which, when resumed, showed a sharp shift in Morales’ favor.