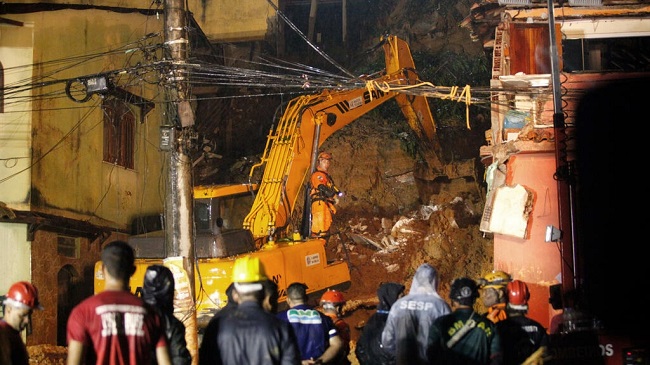 Three days of heavy rain have battered a broad swathe of the southeastern state’s Atlantic coast, the latest in a series of deadly storms in Brazil that experts say are being made worse by climate change.

In all, four children and four adults were killed there, the city government said. Emergency workers are still searching for three people reported missing in Monsuaba.

Another landslide in the picturesque colonial town of Paraty killed a mother and six of her children, aged two to 17.

A seventh child was rescued alive and taken to the hospital, where he was in stable condition, the mayor’s office said.

In the Rio suburb of Mesquita, a 38-year-old man was electrocuted trying to help another person escape the flooding, officials and media reports said.