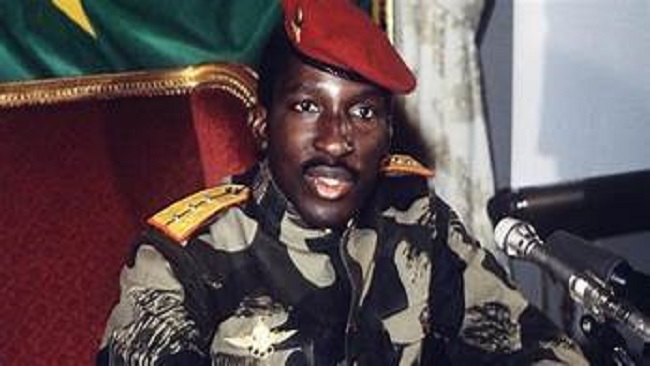 A long-awaited trial in Burkina Faso over the 1987 assassination of revolutionary leader Thomas Sankara is being suspended until “the restoration of the constitution”, a court said Monday, a week after a military coup.

The trial of Sankara’s alleged killers was to resume at a military court in the capital Ouagadougou on Monday.

But Judge Urbain Meda announced the hearing was suspended and told parties “to remain alert for the resumption, which will be after the restoration of the constitution”.

He made the announcement after civil parties in the case called for a suspension pending “judicial normalisation” by Burkina’s new ruling junta.

“Civilian plaintiffs feel that a trial has to take place within a reasonable time, but we do not want a trial (with) flaws,” said lawyer Prosper Farama, representing the Sankara family.

The trial opened last October and has been closely followed by the Burkinabe public.

It has been showcased as the chance to shed light on one of the murkiest chapters in the troubled country’s history.

Revered among African radicals, Sankara was an army captain aged just 33 when he came to power in a coup in 1983.

The fiery Marxist-Leninist railed against imperialism and colonialism, often angering Western leaders but gaining followers across the continent and beyond.

He and 12 of his colleagues were gunned down by a hit squad on October 15, 1987, at a meeting of the ruling National Revolutionary Council.

Their assassination coincided with a coup that brought Sankara’s erstwhile comrade-in-arms, Blaise Compaore, to power.

Compaore ruled for 27 years before being deposed by a popular uprising in 2014 and fleeing to neighbouring Ivory Coast.

Fourteen defendants are on trial, two of them in absentia, including Compaore.

Compaore has repeatedly denied entrenched suspicions among Burkinabe that he ordered Sankara’s killing, while Diendere has pleaded not guilty.

They set up a military junta that has dissolved the government and parliament and suspended the constitution.

It has vowed to re-establish “constitutional order” within a “reasonable time”. It has also pledged to guarantee the “independence” of the judicial system.

But Farama argued that the independence of the court was guaranteed by the constitution.

As a result, hearings in the court should be suspended since the constitution itself has been suspended, he maintained.