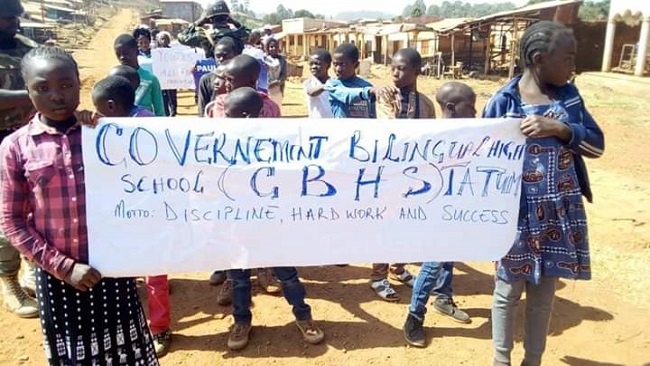 Cameroon government soldiers deployed to Southern Cameroons have horrified the international community with their forceful use of children in parades to commemorate the 11th of February known as a day reserved for youths in the country.

Our correspondents in both the Northern and Southern zones of West Cameroon have reported that hundreds of kids were forced by elements of the Rapid Intervention Battalion (BIR) to take part in the March pass outlawed by the Southern Cameroons Interim Government.

The Cameroon military has detained hundreds of children suspected of ties to Ambazonia Restoration Forces. These innocent Southern Cameroons children are held in military barracks, separated from their parents, without medical follow-up, without psychological support, without education, under conditions and for durations that are unknown.