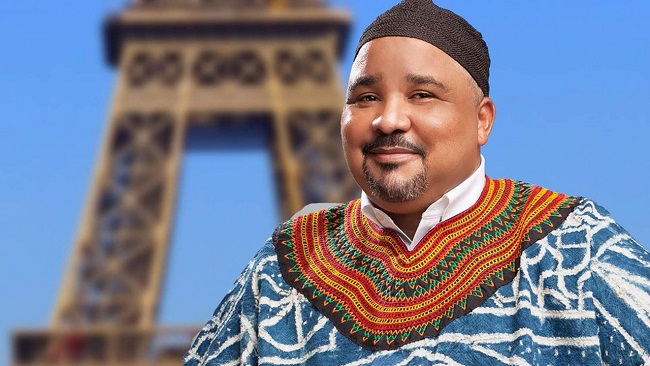 Joshua Osih, an SDF vice president and parliamentarian and a son of Ndian Division in the Southwest region of Cameroon has decided to stir a hornet’s nest even when he is aware of the pressure and disaster he is inviting into his personal and political life.

The SDF MP joined parliamentarians of the ruling crime syndicate, the CPDM, to take American senators to task for calling on the Biden Administration to reconsider the repatriation of Cameroonians from the United States because of the government’s violent military response to protests by the country’s English-speaking minority.

The American senators are criticizing the government of Cameroon for its massive and senseless execution of its own citizens, most of whom are native Southern Cameroonians.

The majority of those being repatriated from the United States are from the English-speaking part of the country where an insurgency has been playing out for four years.

Mr. Osih has had a taste of the challenges ordinary people face in that part of Cameroon but he is clearly buring his head in sand.

The MP’s father died some two years ago and for him to have him buried in his native Ndian Division, he had to pay huge sums of money to insurgents, as the government could not provide the much- needed security in that part of the country.

Mr. Osih’s decision to turn his back on the people of Southern Cameroons has triggered a backlash and even his fellow SDF parliamentarians are chiding him for such a preposterous decision.

The Social Democratic Front (SDF) has called for an emergency meeting to take a look at Osih’s misguided decision which has left the SDF with a bloodshot eye.

Many SDF parliamentarians are bitter and some are openly accusing him of placing his interest above that of the people of Southern Cameroons.

The Cameroon Concord News Group’s correspondent in Yaoundé has been talking to some senior officials of the SDF and many of them are calling for Mr. Osih’s dismissal from the party.

He is being accused of cozying up to the government ever since Dion Ngute, the country’s Prime Minister, was appointed by the country’s long-serving and ailing president, Paul Biya, who has ruled the Central African country with an iron fist for almost 40 years with no results to show for his long stay in power.

Mr. Osih and Prime Minister Dion Ngute are from Ndian Division and it is alleged that they are related and this is causing Mr. Osih to embrace the government’s obnoxious policies against Southern Cameroonians who headed to the United States to seek asylum because of the conflict that has been playing out in their part of the country.

“Joshua Osih should be dismissed from the party. He has clearly demonstrated his greed and dishonesty by siding with the ruling party’s members of parliament who have never wanted the Southern Cameroons issue to be discussed in parliament,” an angry SDF Parliamentarian told our correspondent in Yaoundé.

“Every since Dion Ngute got appointed as the country’s Prime Minister, Joshua has shown total disrespect of party rules and he is now disrespecting the suffering people of Southern Cameroons who are being hunted by government forces as game,” the MP said.

“Osih is an embarrassment to the people of Southern Cameroons in particular and of Cameroon in general. He cannot claim he is not aware of the pain the country’s English-speaking minority is facing. How many more Southern Cameroonians have to die before Mr. Osih and the ruling CPDM understand that the Northwest and the Southwest regions are not safe?” the MP quipped.

“Osih wants to be the president of Cameroon and he wants to run on the SDF ticket. With his new mentality, how can he ever win an election in Cameroon, especially in the English-speaking part of Cameroon which is the SDF’s stronghold and where thousands have been killed and millions sent into exile by a government that has never prioritized dialogue over military violence? Osih should be dismissed from the party as he is more of a liability to the SDF,” the Member of Parliament said.

“Osih and his fellow CPDM parliamentarians should have instead written to their president instead of writing to American law-makers who had actually painted a true picture of what is happening in Cameroon. This is a problem that has been going on for years and for Osih to suggest that things are improving in that part of the country is a clear demonstration of dishonesty on his part,” the Cameroon law-maker who elected anonymity said.

“Osih is under enormous pressure and the Southern Cameroons Diaspora which wields a lot of influence is punching him from all directions. He has stirred a hornet’s nest and this is costing him his reputation. This demonstration of poor judgment by an SDF parliamentarian is giving the SDF a very bad name and this will surely affect the party in future elections” the MP regretted.