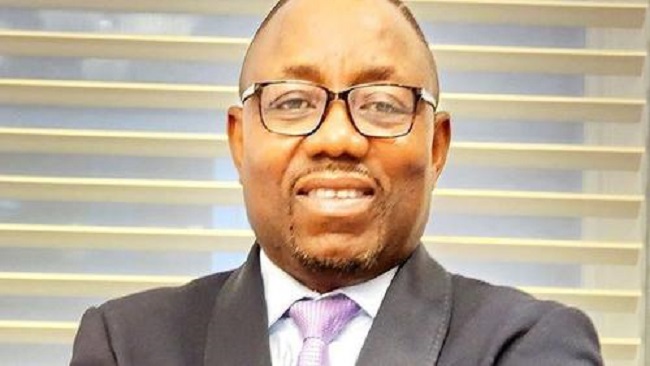 Erick Takor is running for the Ward 1 seat in the City of Cambridge in Canada and as one of the leading candidates he has made public plans to implement the Good Neighbours Initiative if elected.

Takor gave the assurance in a campaign presentation published in Cambridge Times and added that housing remains an immediate concern.

According to him, he knows exactly how to work with the forces of law and order for neighbourhoods to be safe from drugs, opioids, and needles including speeding of cars.

Erick Takor who migrated to Canada from the Republic of Cameroon is an accounting manager and runs a small business.

He has been involved in the formation and leadership of multiple community-based organizations around the GTA for over 15 years. He reportedly served as chairperson of the St. Gabriel Catholic School Council in Cambridge.

WHY HAVE YOU DECIDED TO RUN?

I chose to run in this election because I believe the time is right for a change in the city hall. Ward one needs a leader who respects diversity, has energy and commitment to represent our community at the city hall. The demographics of the city have changed within the years and there is a disconnect between the community and the council; we need a councillor who can connect with our growing and diverse population to represent our unique perspectives or values at the decision-making table. I want to represent the voices of my community.

HOW WILL YOU EMBRACE AND CHAMPION DIVERSITY IN THIS ROLE?

We are all born unique, and tapping into our differences makes our community stronger. I believe in an all-inclusive community, a community where everyone belongs. As a councillor, I will champion diversity by encouraging and celebrating diverse cultures. I will create an open and safe environment for all and finally champion the thoughtful use of city resources equitably — champion the City of Cambridge diversity and accessibility and action plan.

WHAT ARE YOUR TOP THREE ISSUES?

The top three issues facing my community are;

• Affordability of housing is an immediate concern. We see interest rate hikes, and inflation and salaries have remained the same year over year.

• And public safety concerns; our neighbourhoods needs to be safe from drugs, opioids and needles. Many residents have talk about speeding of cars, increased traffic, and our streets need bike lanes.

• Improvements of community services for all.

IF ELECTED, WHAT DO YOU PLAN TO ACCOMPLISH IN YOUR FIRST 100 DAYS?

• Knowing the house-learning the role of councillor and building a working relationship with other councillors and mayor.

• Plan and hold at least two information meetings with my constituent, and reviewing the out gone councillors plan of action to relay my constituents reconcilable ideas to the council

• I will also launch the “Good Neighbours Initiative”; I will help people become great neighbours by means of improving connection, implementing quick safety measures, have experts talk about mental health and social resilience, a communications line/site for better ideas,

By Soter Agbaw-Ebai with files from CAMBRIDGE TIMES