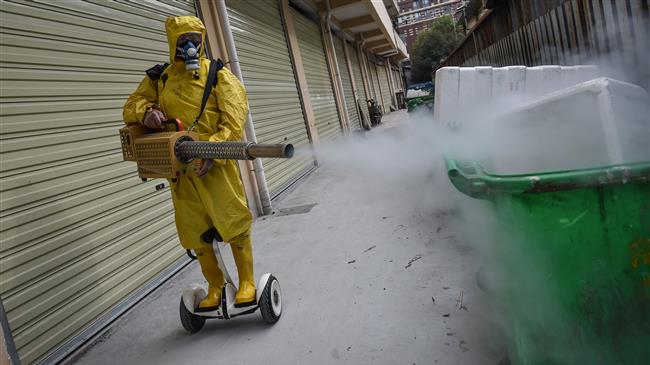 China has reported an increase in its new confirmed cases of coronavirus infection, reversing four consecutive days of decreases, and more countries are reporting their first infections.

Chinese health officials on Wednesday reported 24 new cases of COVID-19 infection and 22 deaths in mainland China over the previous 24 hours.

China’s National Health Commission said that of the new infections, 10 were imported cases, bringing the overall cases from abroad to 79.

Those figures bring China’s totals to 80,778 infections and 3,158 deaths since the outbreak emerged in Wuhan, the provincial capital of Hubei, in December last year.

Wuhan and several other cities had been under lockdown to prevent the spread of the virus. Amid the decreases in tallies over the past days, a few cities in Hubei started to loosen restrictions on the movement of people and goods. But, at least one reversed that decision as new increases emerged on Tuesday.

The outbreak of the new coronavirus continues to grow in other countries, and some nations have reported their fist cases.

According to the latest figures from John Hopkins University, 98 out of the 195 countries in the world have so far reported cases of the coronavirus.

Turkey announced its first case of the new coronavirus infection on Wednesday.

The patient is a male who had returned from Europe, Health Minister Fahrettin Koca said, without providing further personal information, citing the patient’s right to privacy.

Koca said the patient was isolated and his family members and other people who had come into contact with him had been quarantined.

The coronvirus has also reached South America, with Bolivia reporting its first two cases on Tuesday.

Health Minister Anibal Cruz said the patients were two women over 60 years of age who arrived in the country from Italy initially without symptoms of the disease.

Meanwhile, Panama’s Health Ministry confirmed the country’s first death from the coronavirus, along with seven new cases of infection in the Central American nation.

South Korea, the worst-hit country after China, reported a jump in new cases on Wednesday, after health officials detected a cluster of viral infections at an insurance company in the capital, Seoul.

The Korea Centers for Disease Control and Prevention on Wednesday reported 242 new cases of coronavirus infection from the past 24 hours, bringing its total to 7,755.

In Europe, Italy has been hit the worst by the new coronavirus, with more than 10,000 infections and 631 deaths so far.

Authorities have imposed drastic quarantine measures to contain the spread of the pathogen.

Trains, planes, and vehicles leaving the country faced new restrictions on Tuesday; and many other countries, including Spain and Portugal, suspended air traffic to and from Italy for two weeks.

Austria, meanwhile, ordered a halt to flights and trains from Italy; and Slovenia said it would impose controls at its border with the country.

British Airways said on Tuesday it had canceled Italian flights. Air France and some low-cost carriers said they would scrap flights from the country’s airports until early April as well.

Air Canada also suspended flights to Italy until at least May 1.