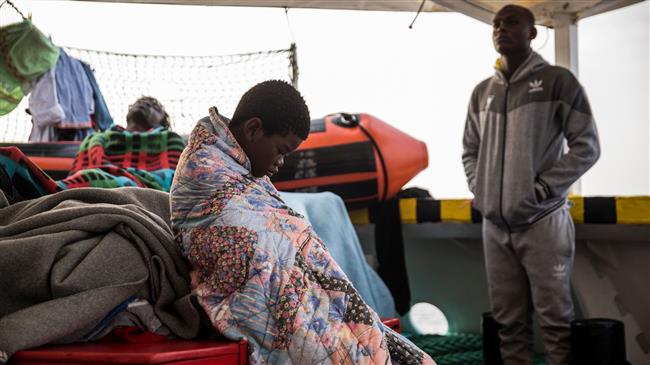 Doctors Without Borders (MSF) has warned that Italy’s decision to close its ports to humanitarian rescue boats would entrap more refugees in Libya’s detention centers and in the hands of traffickers, where they face torture.

Christophe Biteau, the head of Doctors Without Borders mission in Libya, said everyone intercepted by the Libyan coast guard, around 10,789 people this year, has been held indefinitely in government-run detention centers.

“With fewer rescue ships and the summer surge in departures, the situation in the centers will get worse and worse,” he added.

Italy’s new far-right Interior Minister Matteo Salvini has taken a tough stance on refugees since taking office on June 1. The new coalition government in Italy has been cracking down on humanitarian groups that rescue refugees in the Mediterranean Sea and then ferry the asylum seekers to the country’s ports.

Late last month, Salvini declared that the country’s ports would be closed “all summer” to charity ships which rescue refugees trying to cross the Mediterranean from Africa to the European Union.

The aid group further said that between 5,000 and 7,000 people are held in seven official centers in the capital Tripoli, which it described as overcrowded and unsanitary, with scabies and tuberculosis common.

There are 17 government detention facilities across Libya, amid reports of physical assaults and inhumane conditions in the centers.

The International Organization for Migration (IOM) says nearly 700,000 refugees are estimated to be in Libya. MSF said it is not clear how many refugees are held in secret camps run by human traffickers.

“Our perception about people coming from Libya is that the violence is widespread,” said Gianfranco De Maio, MSF’s global supervisor for its treatment of torture victims.

“All of the migrants being brought back end up in detention centers and the recent increase in the number of people being intercepted is putting increasing pressure on the already overcrowded facilities,” Roberto Mignone, the UN refugee agency’s representative to Libya, said on Friday.