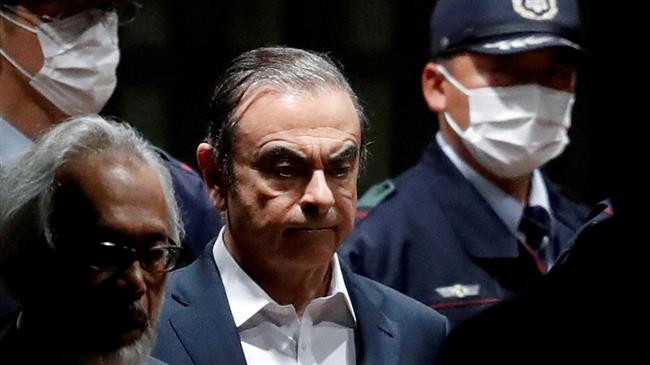 Ousted Nissan chief Carlos Ghosn has escaped Japan, where he is facing charges of financial misconduct, and arrived in Lebanon, slamming the Japanese justice system as “rigged.”

“I am now in Lebanon and will no longer be held hostage by a rigged Japanese justice system where guilt is presumed, discrimination is rampant, and basic human rights are denied,” the 65-year-old Ghosn, who is of Lebanese origin, said in a brief statement on Tuesday.

“I have not fled justice — I have escaped injustice and political persecution. I can now finally communicate freely with the media, and look forward to starting next week,” he added.

It was unclear how Ghosn, who was out on bail, was able to escape Japan, where he had been under strict surveillance.

Japanese public broadcaster NHK cited an unidentified Lebanese security official as saying that a person resembling Ghosn had entered Beirut international airport under a different name after flying in aboard a private jet.

NHK also reported that Japanese immigration authorities had no record of Ghosn departing the country.

Ghosn, who holds French, Brazilian, and Lebanese citizenship, fell from grace in Japan after his arrest last year, but he still retains more popularity in Lebanon.

One of Ghosn’s lawyers said on Tuesday that his client’s three passports were held by his lawyers as required by the terms of his bail and he could not have used any of them to escape Japan.

Ghosn was arrested at a Tokyo airport shortly after his private jet landed there in November 2018. He faces four charges, including enriching himself through payments to dealerships in the Middle East. He denies the charges.

Nissan dismissed him as chairman for misconduct.

Ghosn’s lawyers have asked the court to dismiss all charges, accusing prosecutors of colluding with government officials and Nissan executives to dismiss him to block any takeover by the Japanese automaker’s biggest shareholder Renault.

He was released in March on a nine-million-dollar bail, and was placed under surveillance.