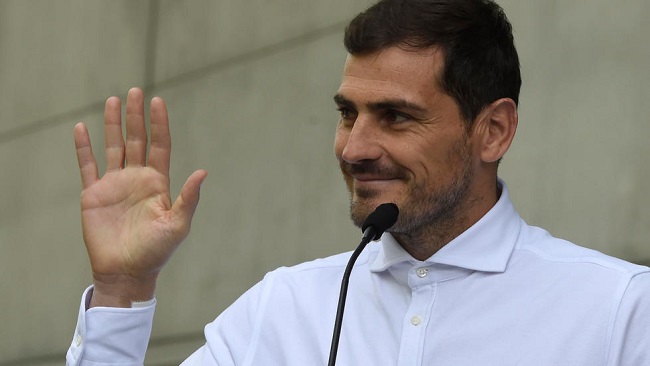 According to this media, Casillas “has made the decision to run” for the elections and has informed Irene Lozano, who as secretary of state for sport is president of the CSD.

The date of the election has not been decided. The AS newspaper, citing CSD sources, Casillas met Lozano and expressed an interest in running.

Casillas, 38, played 167 times for Spain, winning two Euros and one World Cup, and more than 700 games for Real Madrid, with whom he won the Champions League three times. He joined Porto in 2015.

Last April he suffered a heart attack during training and has not played since. His name has been linked with the RFEF presidency for some months.

The Catalan newspaper Mundo Deportivo said that “it was Casillas who requested the meeting” with Lozano.

Current RFEF president Luis Rubiales is in perpetual conflict with Javier Tebas, the president of the Spanish league.

According to the rules, the elections should be held in the second half of the year after the Tokyo Olympics. However, Rubiales has asked the CSD to bring the date forward to the first half of the year before Euro 2020, which will run from 12 June to 12 July.