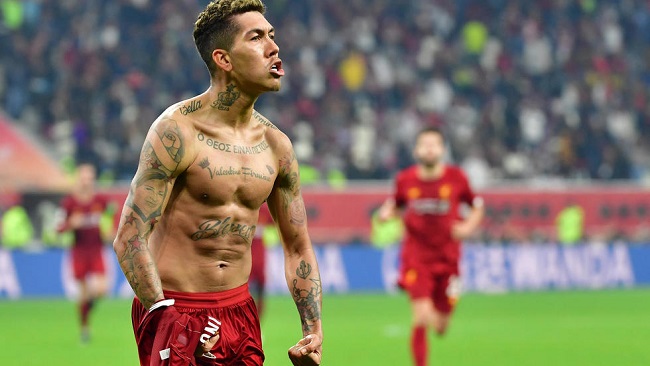 Liverpool captain Jordan Henderson’s defense-splitting pass picked out Sadio Mane who squared for Firmino to net in the 99th minute and become Liverpool’s savior again in the Qatari capital for the second time in three days.

The Brazilian forward also struck in the semifinal victory over Monterrey, giving him two goals in as many games in the 2022 World Cup test-event tournament, having only netted once in the previous 16 games for Liverpool in all competitions.

Unlike on Wednesday, when Firmino scored in stoppage time, Liverpool was denied a chance for a 90th-minute winner against Flamengo when a decision to award a penalty was overturned in a moment of confusion.

Qatari Abdulrahman Al Jassim pointed to the spot when Rafinha clipped Mane’s heel before going over to reassess the incident on the touchline monitor. Flamengo fans who dominated the 45,000-crowd at Khalifa Stadium were delirious when the internationally inexperienced referee determined the incident had happened outside the penalty area.

The reprieve was only brief as Fabinho allowed Liverpool to avenge the loss to Flamengo in the 1981 single-game version of this competition.

Liverpool added the world title to its sixth European Cup collected in June to qualify for the Club World Cup. At the same time, a continent away back in England, Liverpool’s pursuit of the Premier League was aided by Leicester losing to Manchester City.

An English title drought stretching back to 1990 for the 18-time English champions is well-placed to end with Liverpool holding a 10-point lead over Leicester ahead of Thursday’s game at the second-place rival.

While Liverpool’s year is ending on a high, a 2019 of tragedy and triumph ends on a low on the field for Flamengo.

A first Copa Libertadores title since 1981 followed a domestic title triumph for Brazil’s most successful club. But it came against the backdrop of grief and agony following the deaths of 10 academy players – all between 14 and 16 years old—in a fire in a dormitory.