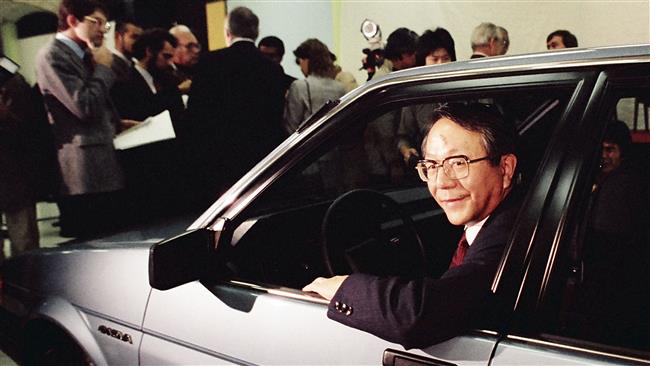 Toyota’s former president Tatsuro Toyoda, who helped the Japanese auto giant establish a foothold in North America, has died at the age of 88, the company said Saturday.

Toyoda, an uncle of current Toyota CEO Akio Toyoda, died of pneumonia on December 30, the firm said in a statement.

His funeral has already been held and was attended by close relatives, but Toyota said it plans to hold a separate farewell ceremony.

Toyoda joined the company — founded by his father Kiichiro Toyoda — in 1953 and in 1984 became the first president of a new firm formed by Toyota and General Motors.

The California-based joint venture was part of Toyota’s push to expand production and increase its share in the North American market. The plant produced nearly 8 million vehicles until its closure in 2010, according to the company.