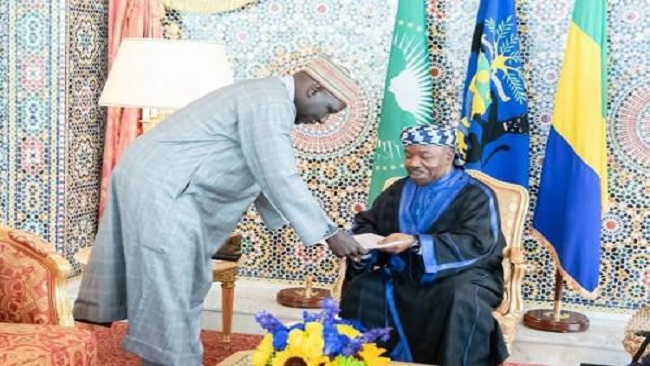 Alamine Ousmane Mey, Cameroon’s Minister of Economy, was received on 1 November 2019, in Libreville by Ali Bongo Ondimba, President of Gabon.

According to the Gabonese Presidency, the member of the Cameroonian government was a special envoy and carried a written message from President Paul Biya to the Gabonese Head of State. “The Cameroonian emissary’s presence on Gabonese soil is part of the regular consultations held by the Heads of State of the sub-region on current issues,” the source reports.

The Gabonese source added that economic, security and other issues of common interest were also on the agenda of the meeting. At the end of the hearing, Alamine Ousmane Mey indicated he was honoured and privileged to have been received by President Ali Bongo Ondimba and welcomed the excellent bilateral relations between the two countries.

A few days earlier, Paul Biya sent his Minister of Finance, Louis Paul Motaze, to Equatorial Guinea’s president Téodoro Obiang Nguema and Congolese President Denis Sassou Nguesso. Little information filtered out about these meetings but sources suggest that these Cameroonian emissaries were carrying an invitation to a summit of CEMAC heads of state, convened by Paul Biya in Yaoundé, Cameroon, for December 2019.