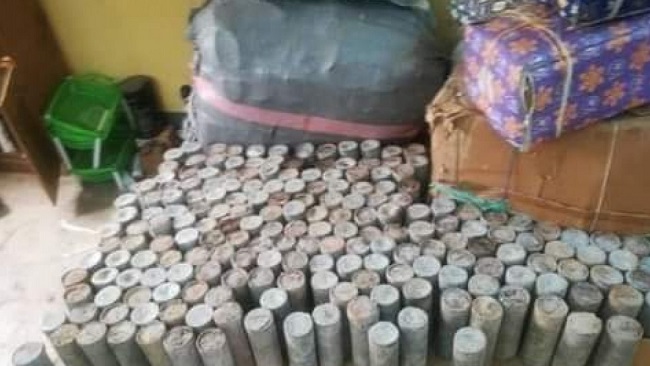 200 explosives have been seized in Garoua in northern French Cameroun by custom officers.  A security source hinted Cameroon Intelligence Report that this is the largest seizure of military hardware by the Customs Department.

This seizure comes at a time when several towns and cities including the nation’s capital Yaoundé have been rocked by a multiplication of explosions.   We understand the seizure took place on Saturday in Pakete, a village located in the Demsa district whose capital is Gashiga, Benue Division in bordering the Federal Republic of Nigeria.

A spokesperson for the French Cameroun Customs Department revealed that the improvised explosive devices were packed in a vehicle coming from Nigeria.

According to security experts in the CEMAC region, the highly porous, poorly secured and easy to cross border between Nigeria and French Cameroun is conducive for smuggling and illegal migration.

Elements of French Cameroun defence and security forces have tested and confirmed the dangerousness of the explosives.

It is vital to include in this report that in recent months several bombs have exploded in Yaoundé causing many injuries and significant material damage.