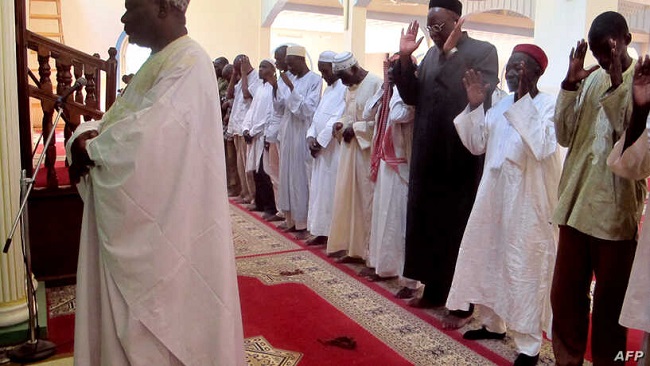 Cameroonian police used force to disperse Muslims praying at mosques at the start of the holy month of Ramadan Friday for violating government orders not to gather because of the coronavirus.  Cameroon has confirmed at least 1,300 COVID-19 infections and 43 deaths, the hardest-hit country in central Africa.

A police statement said force to disperse Muslims from at least 13 Mosques in the country’s West, Center and Far North regions where they insisted on saying prayers during the Ramadan fasting period that began Friday in spite of a government ban because of COVID-19.

Awah Fonka, governor of the Western region of Cameroon says he asked the police to force Muslims who did not respect the order and were praying in mosques in the towns of Foumban, Foumbot and Bafoussam out. He spoke to VOA from Bafoussam via a messaging app.

Fonka says he will not spare anyone who refuses to respect measures taken by the government of Cameroon to protect its citizens from the deadly coronavirus and that he cannot imagine how people can be joking about  a virus that is claiming lives all over the world and sparing no one who refuses to protect him- or herself.

The police also said that some Muslims in Cameroon were sending away outsiders from towns hit hardest by the outbreak, and that they had received 175 complaints from Cameroonians who were either stigmatized or chased from villages because they had come from towns where COVID-19 infections had been reported.

Thirty-four-year old fruit and vegetable seller Gaston Asabe is one of them. He says when he arrived in his northern village of Koza Thursday night to buy onions and supplies to take back to Yaounde, villagers and relatives chased him, saying he was a coronavirus carrier, since he was coming from Yaounde, which has Cameroon’s highest COVID-19 infection rate. He spoke via a messaging app from the northern town of Maroua, where he took refuge for safety reasons.

He says Koza villagers went to their chief and imam and told them he had come from Yaounde with the coronavirus and they were afraid he would contaminate them.  The villagers wanted the chief and imam to allow young men to throw him out of Koza. He says he struggled in vain to explain that he was not infected, but no one would listen to him.

Imam Dairou Abdoulahi of the Fifth Mosque in Koza says Asabe was attacked after the government repeated that mosques should remain closed during Ramadan. Abdoulahi says Muslims in the village argued that they have not had any cases of COVID-19 and will remain safe attending Ramadan prayers in their mosque if they stop visitors from towns where the virus has been confirmed from coming to their village. Abdoulahi said by phone from Koza that he asked the Muslims to stay home and be safe.

He says Islam and their prophet Mohammed teaches through the Quran that lives should be protected through good health and hygiene and, as such, all Muslims should stay at home as a sign of obedience to the Quran’s teachings. He says no one should blame the government for asking for mosques’ closure because that will save lives.

Manaouda Malachie, Cameroon minister of health, speaking to VOA through a messaging app, called on the population to respect government measures to stop COVID-19 no matter their religious or traditional beliefs.

He says he is insisting that people should be responsible because COVID-19 is a matter of life or death. He says believers should know that by staying safe and praying at home, they are not only protecting themselves, but other faithful from being contaminated by the coronavirus. Manaouda says there will be time to celebrate when the virus is conquered.

Cameroon’s first case of COVID-19 was confirmed March 5. The government, among other measures, asked Christians and Muslims to pray at home to avoid its spread. The health ministry says that the cases will continue to rise if Cameroonians fail to take COVID-19 seriously.