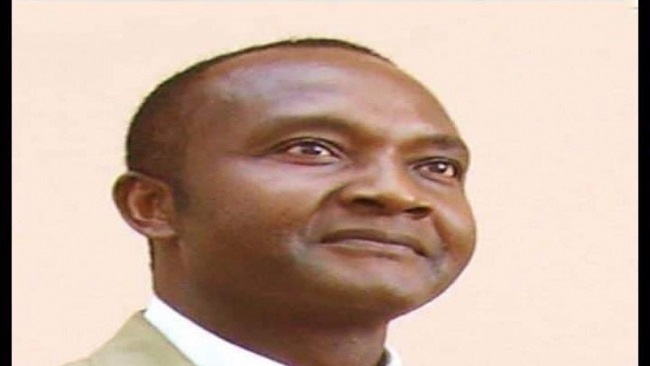 Alfred Forgwei Mbeng is now resting in peace in a cemetery in Douala. The General Manager of the Cameroon Shipyard and Industrial Company known as Chantier Naval was buried in the French Cameroun metropolis early this Sunday morning the 26th of April 2020.

The Southern Cameroons civil engineer died on April 25, 2020 at the Laquintinie Hospital in Douala as a result of the coronavirus. He reportedly self isolated at his home when it was confirmed that he had contracted the virus, but was later moved to the Laquintinie hospital after his health condition worsened.

A former official of the Ministry of Public Works, Forgwei Mbeng was also a chartered member of the French Cameroun ruling CPDM crime syndicate who supported the Biya regime’s genocidal campaign in his home county of Bui in Northern Ambazonia.

He had been at the head of Chantier Naval since 2014. He is the first prominent French Cameroun government official to give up his life, struck down by COVID-19.