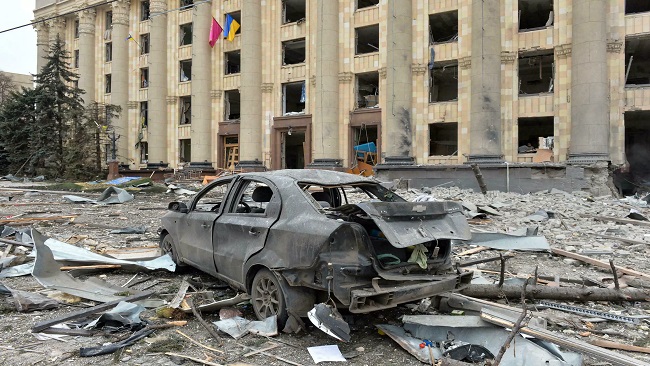 Moscow-backed authorities in the southeastern Ukrainian region of Zaporizhzhia said Monday they were pressing ahead with plans to stage a referendum on joining Russia.

“I signed a decree … to start working on the issue of organising a referendum on the reunification of the Zaporizhzhia region with the Russian Federation,” Yevgeny Balitsky, head of the Moscow-installed administration in the occupied part of the region, said on social media.

Balitsky had earlier indicated the vote could be held in the autumn.

The eponymous Zaporizhzhia nuclear power plant – Europe’s largest – has in recent days been the scene of strikes that have damaged several structures, forcing the shutdown of a reactor.

The southern Ukrainian regions of Kherson and Zaporizhzhia have been largely under Russia’s control since the first weeks of Moscow’s military campaign.

Both are now being forcefully integrated into Russia’s economy.