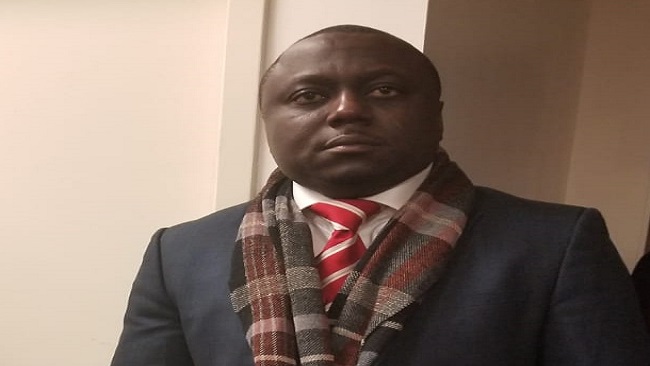 The Ambazonia Secretary of the Economy Tabenyang Brado has criticized some Southern Cameroons so-called front line leaders in Maryland USA for flirting with French Cameroun political elites in Washington and in Yaoundé, saying such moves will never help those Amba leaders.

Comrade Tabenyang Brado was speaking in a meeting with a group of Manyu stake holders in Europe on Saturday, saying, “Southern Cameroons history has proven that nothing good can come from French Cameroun political elites in Yaoundé.”

“Ambazonians believe that not only the nature of La Republique’s aggression and occupation of Southern Cameroons is destabilizing, but its continued support for the Atanga Nji Boys shows that disorder is in the very nature of the Biya French Cameroun regime,” Tabenyang said.

“The well-known interaction between some Southern Cameroons figures and the Biya French Cameroun regime is similar to taking refuge in a Francophone DO’s residence during Calez Calez,” the Ambazonia cabinet member said.

Tabenyang Brado reminded those Southern Cameroons figures that Ambassador Henry Fossung, had warned several Ambazonian personalities against helping La Republique du Cameroun, telling them that if Yaoundé had a good opportunity, they  would humiliate them as well, which they did to Chief Inoni Ephraim, Fonjindam and the late Mbah Ndam.

“Flirting with La Republique will lead to exactly the same fate,” Tabenyang pointed out.

Secretary Tabenyang’s remarks were made in reference to statements by Chris Anu in which the former Communications Secretary hinted that he gave the disgraced Sako Ikome some political deals and contacts.