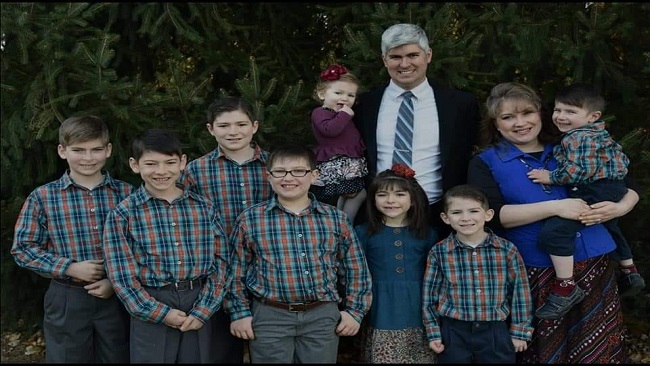 The Interim Government (IG) of the Federal Republic of Ambazonia hereby condemns in the strongest possible terms the summary execution of Mr. Charles Trumann Wesco, a Baptist missionary of American nationality, by French Cameroun soldiers today, October 30th 2018, in the locality of Bambui, few kilometers from the town of Bamenda in the Northern Zone of Ambazonia.

The IG is reliably informed that Mr. Charles Wesco, a humanitarian and missionary was shot while in his car for unclear reasons. Mr. Charles Trumann Wesco succumbed to his wounds in the Bamenda Regional Hospital. Mr Wesco, who is the older brother of the US Representative from Indiana, Timothy Wesco, is survived by a wife, Stephanie Wesco, and 8 children.

The execution of Mr. Wesco reiterates the fact that, the ongoing genocide in Ambazonia is real and a testimony to the carnage Mr. Biya, President of French Cameroun and his regime have imposed on the peace-loving people of Ambazonia. The IG hereby reminds the US Government that soldiers of French Cameroun have no value for human life and that their citizen has been executed in the same manner that Ambazonians are being killed daily.

Soldiers from French Cameroun had early this year, on July 14 2018, killed a priest, Rev Father Alexander Sob and a Ghanaian Pastor, Isaac Attoh, under similar circumstances. The Interim Government is appealing to the US Government to act now and stop Mr. Biya and his brutal army from continuing their genocide by tabling the matter at the UN Security Council.

The IG is also assuring Mr. Biya and his military junta that they shall face the International Criminal Court for the gruesome atrocities committed against the peaceful people of Southern Cameroons/Ambazonia, as well as citizens of other countries.

The IG calls on Southern Cameroonians in the US and other countries to light candles this evening in memory of the great American who sacrificed his life to serve as a missionary in Ambazonia and West Africa. We express our heartfelt condolences to the Wesco family, the US Embassy in the capital of French Cameroun, Yaounde, and pledge to provide them with our support as they investigate this gruesome assassination.

Secretary for Communications & IT