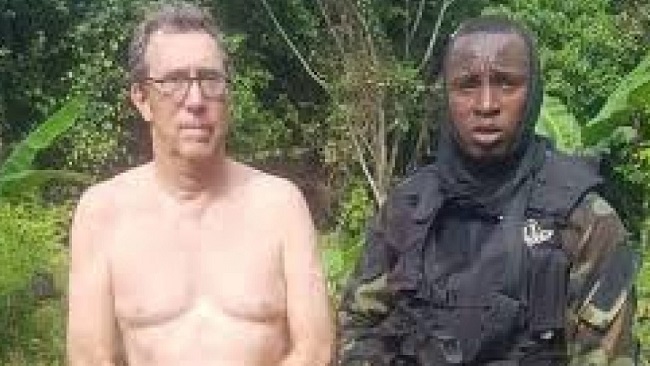 La Republique: Army says it has freed a French captive in Kribi 0

The managing director of Icrafon in French Cameroun has regained his freedom after he was reportedly kidnapped by unknown gunmen on his way back from a golf game in Kribi in the South region. The Biya Francophone regime noted in a statement that the French citizen was freed thanks to an operation carried out by the Rapid Intervention Battalion.

Patrice Laporte, the director of Icrafon, travelled over the weekend with his wife to Southern seaside town of Kribi. After a game of golf, the couple, accompanied by another Frenchman, fell into a trap set by three armed men as they were leaving the town.

The French nationals were trying to rescue a man posing as a motorist whose bike had broken down on the road and was asking for help while his accomplices, who were all lurking in the surrounding area, quickly came out with guns and took Mr Laporte away.

According to Radio Balafon, the kidnappers are well known to the French Cameroun security forces. Their gang leader- a convicted criminal and members of his gang were actively sought for numerous burglaries and robberies in the town of Kribi, which is very popular with tourists.

According to the prefect of the Ocean Division, cases of armed attacks have exploded in Kribi in recent weeks. These acts have relegated the seaside town once reputed to be quiet and peaceful among the most dangerous in Cameroon.