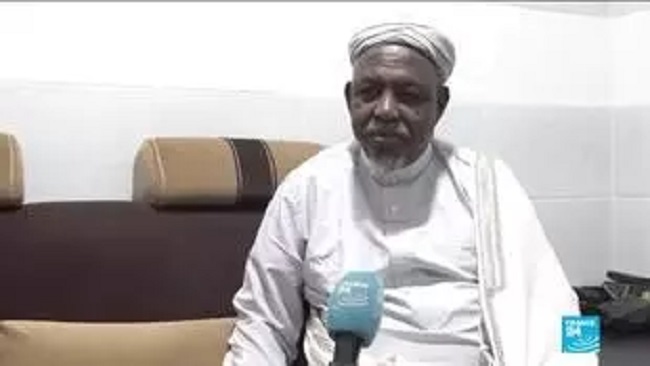 Tensions mounted on Saturday between Mali’s military junta and the country’s longtime political opposition after the coup leaders failed to invite prominent opposition figures to a planned forum on the country’s political future.

The meeting ultimately was cancelled and the junta leadership instead met with imam Mahmoud Dicko, an opposition leader who on Friday urged the junta to speed up the transition to civilian rule so the West African country could avoid further crushing financial sanctions.

“I ask them to be part of the solution and not another problem,” he said.

Only a week earlier, the opposition coalition known as M5-RFP that includes Dicko had publicly backed the coup, with thousands of their supporters taking to the streets after the junta’s overthrow of President Ibrahim Boubacar Keita. M5-RFP had led several months of demonstrations calling for his resignation three years before his final term was due to end.

In a statement late Friday, one M5-RFP leader said the alliance regretted not being invited to take part in Saturday’s planned discussions between the junta and various political actors.

“The M5-RFP is and remains a major player in this desired change and must be at the forefront in determining the structure of the transition,” Choguel Maiga said.

The path back to democracy has been a stumbling point with West African heads of state, who on Friday urged the junta to restore civilian rule within a year. But the junta has proposed a three-year timeline. That has led to the unraveling of talks and more threats of sanctions.

The regional bloc known as ECOWAS already has cut financial flows to Mali, and neighboring countries have closed their borders in a bid to step up pressure on the coup leaders.

The international community has expressed alarm over the coup, fearing that the political vacuum could allow Islamic extremists to expand their reach. A similar coup in 2012 led to the militants overtaking major towns in the north where they implemented their strict interpretation of Islamic law, amputating the hands of those charged with theft.

A French-led military operation in 2013 ousted the extremists from power but the Malian military and its partners have faced an insurgency ever since.

There are concerns that the new political upheaval could erode what gains have been made in the fight to stabilize Mali.