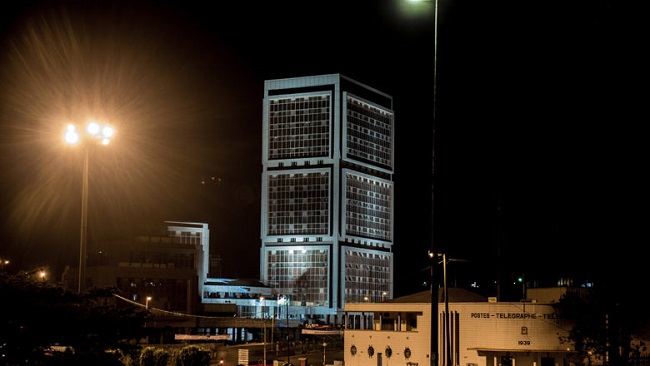 Much of Cameroon is losing power daily in massive blackouts 0

A war of words has reportedly erupted between Cameroon’s Electricity Regulatory Agency (Arsel) and the concessionaire for the distribution of electrical energy in Cameroon (Eneo). The regulator has accused the company of numerous acts of abuse against defenseless Cameroonian consumers, serious breaches and recurrent violations of the law.

Most of French and Southern Cameroons, including the capital Yaoundé and many major towns, lost power for days recently in one of the biggest blackouts to affect Cameroon ever since President Biya took office. The cause is not immediately clear as power failure continues to affect the entire nation.

Cameroon Concord News understands the Arsel-Eneo tug-of-war is a CPDM crime syndicate technique to shift the blame from failed government policies and corruption deep within the energy sector to Eneo.

On Monday, the Francophone dominated regulatory agency said in a statement that Eneo was involved in what it painted as non-respect and violation of the public electricity distribution regulations; abusive suspension of electricity supply to customers; untimely cuts in electricity supply, over-billing and imaginary frauds.

Added to this complex relationship between Arsel and Eneo, some customers, supplied by delivery points regularly connected to the metering equipment fixed outside their homes or offices have also been accused of fraud and gross violation of Article 13 of the energy regulation.

It is a common practice in French Cameroun particularly in the cities of Douala and Yaoundé for French speaking Cameroonians to take electrical energy outside the quantities measured by the meter by falsifying the indications of the meter, as well as breaking of the seals.

The so-called Cameroon energy regulator has given Eneo a warning notice to comply with the law within a week. However, every aspect of the Cameroonian life is linked to the ruling CPDM crime syndicate where no one takes responsibility, no one apologize, and no one resigns.

Also playing the game of the consortium of crime syndicates, the Cameroonian League of Consumers (LCC) in a publicized declaration, congratulated Arsel for the formal notice against Eneo. A copy of the LCC statement signed by its executive president Delor Magellan Kamgaing was sent to the presidency of the republic.

For several months now, all major towns and cities in Cameroon have been suffering from untimely power cuts, causing serious economic repercussions and considerable domestic damage.

The company Eneo attributes these blackouts to the collapse of the electricity transmission network, the maintenance of which is a source of much ink and spit.