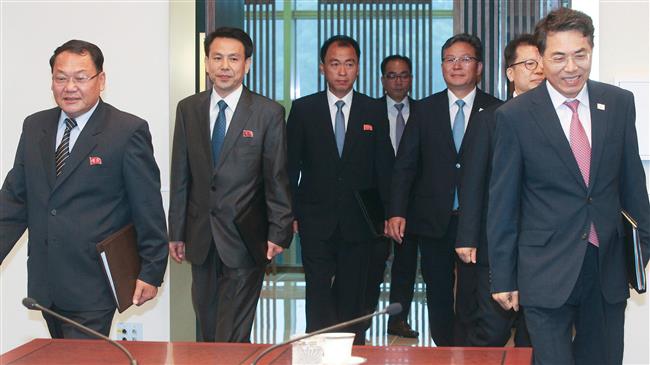 Officials from North and South Korea have met to discuss connecting the railways that run useless across their border amid a rapprochement on the long-divided peninsula.

The talks were held in the truce village of Panmunjom in the Demilitarized Zone dividing the two Koreas on Tuesday, the first on the issue in 10 years.

A train line connecting Seoul to Pyongyang and on to Sinuiju on the Chinese border already exists. It was built by Japan in the early 20th century, long before the 1950-53 Korean War, which politically divided the two Koreas.

Linking up the railways and modernizing the North’s aging rail infrastructure would benefit trade-dependent South Korea as it would give it a land route to the markets of China, Russia, and on to Europe.

Tensions on the Korean Peninsula have significantly eased since January this year, when North Korean leader Kim Jong-un expressed interest in the betterment of relations with South Korea. Vigorous diplomacy soon followed, and Kim and South Korean President Moon Jae-in then met in a historic summit.

Later, the US, too, engaged in diplomacy with Pyongyang, which culminated in a summit between Kim and US President Donald Trump in Singapore on June 12.

The two Koreas have, however, advanced their relations far more swiftly than Washington and Pyongyang. The US continues to maintain harsh sanctions on the North.

South Korea’s chief delegate Kim Jeong-ryeol said in the Tuesday meeting that progress on the railway issue would only become possible after international restrictions on North Korea are eased.

“But, he said, “we can thoroughly research and study various projects we can pursue after the sanctions are lifted.”