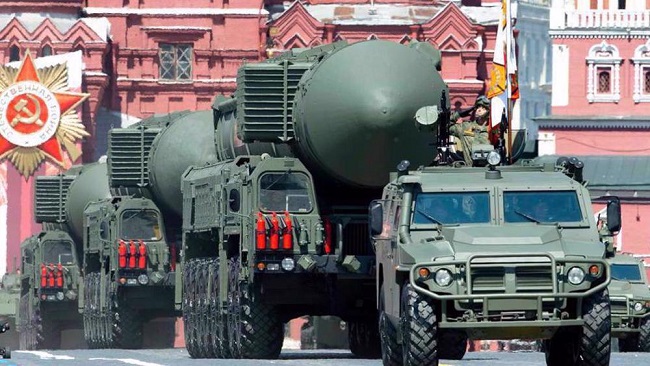 “Top officials of leading NATO nations indulge in making aggressive statements about our country,” Putin told a briefing on Sunday.

“Therefore, I am ordering the minister of defense and the chief of the general staff to put the deterrence forces of the Russian army into special combat duty mode,” he added.

The announcement came a day after Germany and other European countries said they would speed weapons and other military assistance to help Ukraine battle Russian forces. It also followed a warning by UK Foreign Secretary Liz Truss that if Russia’s military operation in Ukraine was not “stopped,” it could lead to a conflict with NATO.

“…if we don’t stop Putin in Ukraine, we are going to see others under threat: the Baltics, Poland, Moldova. And it could end up in a conflict with NATO,” Truss said on Sunday.

NATO has escalated its war of words against Russia since Thursday, when Putin announced a “special military operation” aimed at “demilitarization” of the Donetsk and Lugansk Republics in eastern Ukraine.

The regions broke away from Ukraine in 2014 after refusing to recognize a Western-backed Ukrainian government that had overthrown a democratically-elected Russia-friendly administration.

More than 14,000 people have been killed so far across the regions as a result of the conflict that ensued between the Ukrainian military and the pro-Russian separatists.

Announcing the operation, Putin said the mission was aimed at “defending people who for eight years are suffering persecution and genocide by the Kiev regime.”