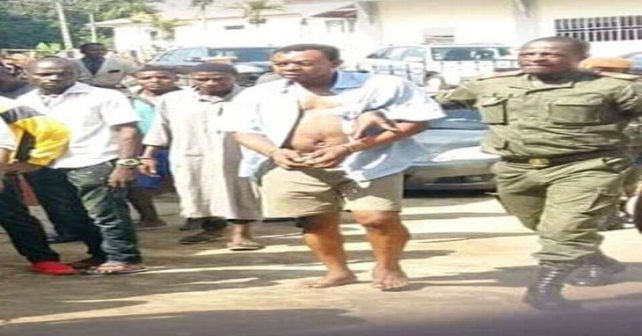 On this World Press Freedom Day, the Committee to Protect Journalists is highlighting four cases of reporters who remain in prison in Cameroon, a destabilized and increasingly repressive nation led for nearly four decades by President Paul Biya.

What began in October 2016 as peaceful protests led by professionals seeking equal treatment in the West African nation’s English-speaking regions has, for many, become a full-blown Anglophone separatist crisis. That’s come with a crackdown on opposition political leaders, journalists and civil society actors.

Among them is Mancho Bibixy, a former radio broadcaster in Bamenda who was sentenced in military courts to 15 years in prison in May 2018.

Bibixy was arrested after making a public speech from inside a coffin in November 2016 to call attention to the Biya administration’s violent response to Anglophone protesters, and the mass detentions in which he too was swept up. He was harassed for weeks over his radio show content and Facebook posts before he was permanently held in prison in June 2017.

He was found guilty of terrorism, secession, insurrection and other serious charges, along with journalists Tsi Conrad, Thomas Awah Jr. and other defendants.

Bibixy also worked as a teacher in Bamenda, and was among the earliest figures associated with the outlawed Anglophone Civil Society Consortium to be silenced. His concern for his fellow detainees led Bibixy to launch a hunger strike in 2017, and his cause united Cameroonian Anglophones against a Biya regime that refused meaningful dialogue and negotiation to end the crisis.

The fourth journalist, Amadou Vamoulké, worked for state-owned CRTV and was arrested in July 2016.

“The official reason for his arrest is a pretext for trying to silence journalists in Cameroon,” said his lawyer. “Amadou never accepted as black what he knew was white.”