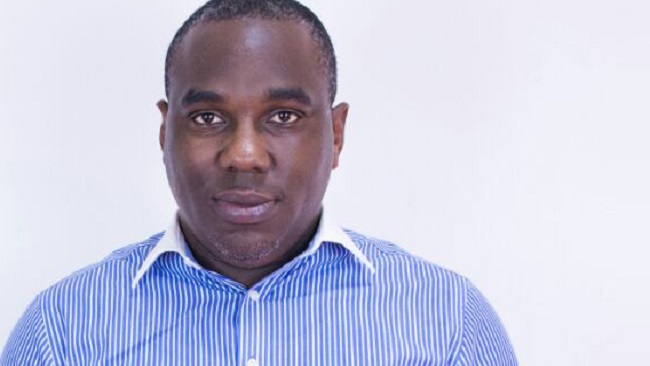 Fellow Sobans,   On 24th February 2018, the members of the SOBA UK General Assembly convened and voted unanimously to:

a) reject calls for fresh elections in the UK by SOBA General in Cameroon and,

b) take necessary actions to redress any infringement of the SOBA UK trade marks.

We repeat that SOBA UK has for some time now been the subject of sustained attack from the activities of members of the splinter group purporting to be SOBA UK, which is a clear infringement of our intellectual property and disregard for the already well established association in the United Kingdom.

Exactly two weeks ago on 8th June 2018 we informed you that the Executive of SOBA UK had commenced decisive action against certain individuals of the splinter group. We outlined specific activities that demonstrated bad faith, opportunism and collusion with key elements of SOBA General in Cameroon, notably Prof Ephraim Ngwafor and Mr Ebot Mfoataw to undermine the SOBA UK General Assembly of registered members.

The actions initiated so far are focused on recovering intellectual property that belongs to SOBA UK in an attempt to resolve the confusing situation amongst members of the public of the splinter group also calling themselves SOBA UK instead of using an alternative name and freely associating as they see fit.    The said individuals of the splinter group were contacted by our legal representative and given a period of two weeks to return SOBA UK’s intellectual property and to stop purporting to be SOBA UK. We regret to inform you that our legal representative informed us at close of play Friday 22nd June, 2018 that these individuals had failed to meet the requirements of our requests.    Instead of doing everything possible to remove themselves from what is a very serious and urgent situation, the said individuals provided a lengthy and misleading write-up that did not address the specifics of what they had been accused of. Furthermore, the write-up shows deep collusion between the splinter group and Prof. Ephraim Ngwafor and the dubious plan to attempt to usurp the legitimate association of SOBA UK members. We have taken the exceptional step of publishing the write-up so that this collusion can be evidenced to our membership.

From the write-up provided, extracts of SOBA General constitution (separate from the SOBA UK constitution) amended by Professor Ephraim Ngwafor show material changes to the 2018 SOBA Constitution that could in theory affect all Soban groups worldwide. These most recent changes have been made without due consultation or ratification from the SOBA UK General Assembly. It is obvious that these changes have been done in an effort to prop up the splinter group in the UK and seek control of SOBA UK and its assets, both financial and otherwise. Specifically, amending the constitution to create the so called SOBA General Council that gives it powers to dissolve any elected Executive of SOBA anywhere in the world and appoint an election commission and its members, is a gross abuse of the goodwill of Sobans to freely associate around the world.

On behalf of our registered members in the UK, considering no ratification of such dubious constitutional changes, the nonpayment of any registration into SOBA in Cameroon, our obligations from the SOBA UK Constitution, the SOBA UK General Assembly, our ownership of UK trademarks and autonomy, we are making it clear that these constitutional changes by Prof Ephraim Ngwafor in SOBA are null and void, and will not stand the scrutiny of any court in the UK.

On the intellectual property in the UK, we the members of SOBA UK, live in the UK, freely and voluntarily associate and do business in the UK and own the intellectual property in the UK in order to protect SOBA UK and avoid confusion in the public and abuse of our UK brand name. The process of achieving a trade mark was not taken lightly by us or by the UK Intellectual Property Office (IPO). For a legitimate group that had demonstrated hard-work, track record of operating and doing its business over many years in the United Kingdom, the evidence was and continues to be available in abundance for the award of our trade marks in the UK. Our trademarks have been evidenced by certificates and TM numbers which are made available to anyone who wishes to verify online. Those who believe they can challenge these facts with their alternative version of doing business in the UK are more than welcomed to do so. Our members however, remain very confident of their standing and brand name in the UK.

There has been a narrative provided by Prof Ephraim Ngwafor that his firm has achieved trade marks for SOBA with the African Intellectual Property Organisation (OAPI) but with no trade mark numbers or certificates provided. Whilst this does not strictly concern us in the UK, we have reasonable grounds to believe that no such trademarks have been achieved as of this date and this irresponsibly exposes SOBA in the African region. The OAPI is part of the World Intellectual Property Organisation (WIPO) and they follow the same standards of issuing trade mark evidences as the UK IPO. It is also worth noting that even with such a trade mark from OAPI it would not cover business undertaken outside the region and certainly not in the United Kingdom. Therefore these misleading statements about the intellectual property rights of SOBA UK are totally baseless and our members should remain very confident from many years participation in legitimate SOBA UK activities.

Finally, the failure of the said individuals of the splinter group to adhere to the deadline set by our legal representatives is regrettable because of the potential consequences to them of now pursuing these matters fully through the legal system. The various cases brought against the individuals by members of SOBA UK are founded on solid evidence. We strongly advice those concerned to consider the potential impact to their individual circumstances first and respond to the reasonable requests from our members.    We will keep you posted in the coming weeks, as we remain hopeful of achieving a reasonable conclusion to these matters.

On behalf of Executive and Members of SOBA UK Signed: