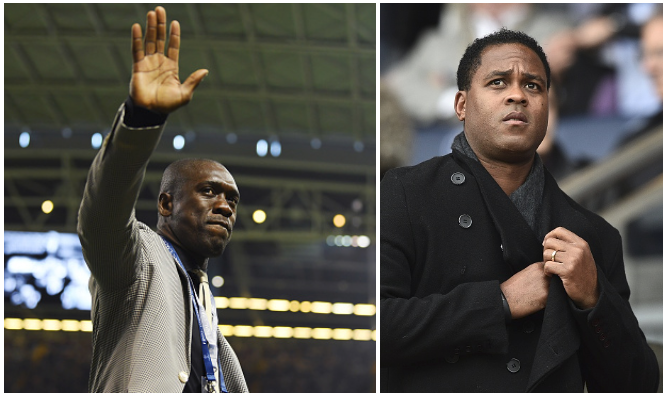 Clarence Seedorf and Patrick Kluivert will lead Cameroon to the 2019 Africa Cup of Nations, after the Country’s Sports Ministry, on Saturday, confirmed their appointments.

Seedorf had previously managed Italian side AC Milan, Shenzhen in the Chinese division one and La Liga club Deportivo La Coruna [but relegated to the Segunda División].

The 42-year-old will be assisted by his former national teammate, Patrick Kluivert when Cameroon hosts the rest of Africa in the continent’s biggest football fiesta in June of 2019.

Kluivert has also cut his teeth as a football Manager since hanging his playing boots. The former Barcelona striker was an assistant Coach under Louis Van Gaal at the 2014 FIFA World Cup.

The recruitment of the former Dutch stars, ends a long controversy over the succession of Hugo Broos who led Cameroon to the continental title at the 2017 CAN tournament in Gabon. Alexandre Belinga took charge of the team after Broos’ contract was terminated in February of 2018.