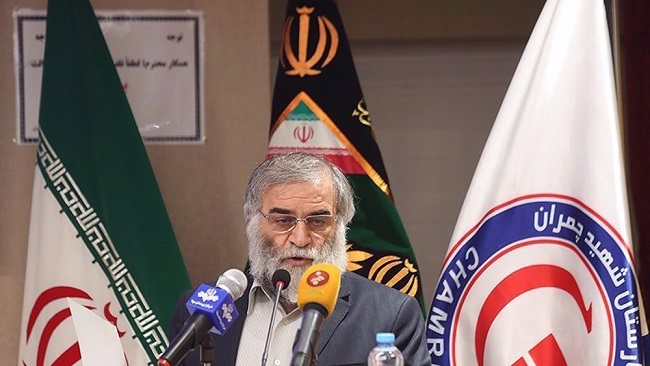 The chief commander of the Islamic Revolution Guards Corps (IRGC) has warned that “a severe revenge and punishment” has been put on Iran’s agenda in response to the assassination of a high-profile nuclear scientist with the Defense Ministry.

Major General Hossein Salami made the remarks in a message released on Friday after the targeted killing of Mohsen Fakhrizadeh, head of the Iranian Defense Ministry’s Organization of Defensive Innovation and Research (known by its acronym as SPND), in Absard city of Damavand County, Tehran Province.

Salami hailed Fakhrizadeh as a leading scientist in the country’s strategic industries and a prominent professor at Imam Hussein University of Tehran, and strongly condemned his assassination in a “terrorist crime designed and directed by the fake, terrorist and infanticide Zionist regime.”

“Undoubtedly, the valuable efforts and endeavors of this honorable martyr in the field of the defense industry and other strategic areas of the country, as well as the field of countering the coronavirus will remain in the historical memory of this land” while inspiring students at universities and IRGC’s scientific and technology centers to make achievements in the future.

“The blind-hearted enemies of the Iranian nation, especially those who designed, perpetrated and supported this crime, should know that such crimes will not undermine the Iranians’ will and determination to continue this glorious and powerful path, and that a severe revenge and punishment is put on the agenda.”