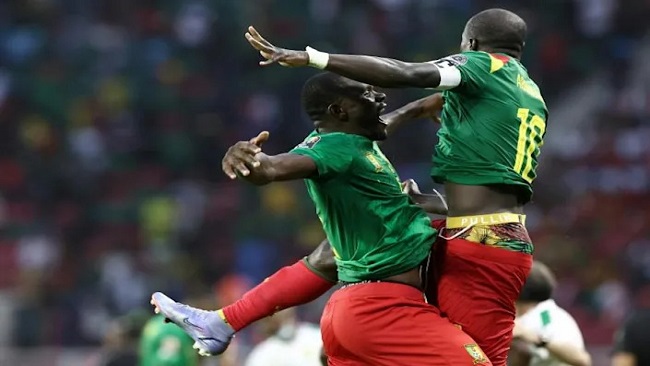 Sloppy defending: Indomitable Lions may not even make the semis 0

After lighting up a previously goal-shy Africa Cup of Nations with a 4-1 thrashing of Ethiopia on Thursday, tournament hosts Cameroon were hoping to entrench themselves as one of the favourites to win the trophy with a formidable performance against Cape Verde on Monday. But their opponents were tougher than many predicted and held them to a draw.

Cameroon’s opening wins had already assured them of a place in the knockout rounds – but the tournament hosts were keen to keep the momentum rolling with a win against Cape Verde.

It all started out so well for Cameroon. They pressed in wave upon wave of attacks against a well-organised Cape Verde defense and it looked only a matter of time before they would score. The seemingly inevitable moment came when Vincent Aboubakar fired in a magnificent shot from the edge of the box in the 39th minute.

But Cameroon had shown some sloppy defending in the first half. After the break Cape Verde came out fighting – determined to exploit any defensive weakness. In the 53th minute a brilliant series of passes met an exquisite finish from Garry Rodrigues, and despite some threatening Cameroon attacks, Cape Verde held on right to the end.