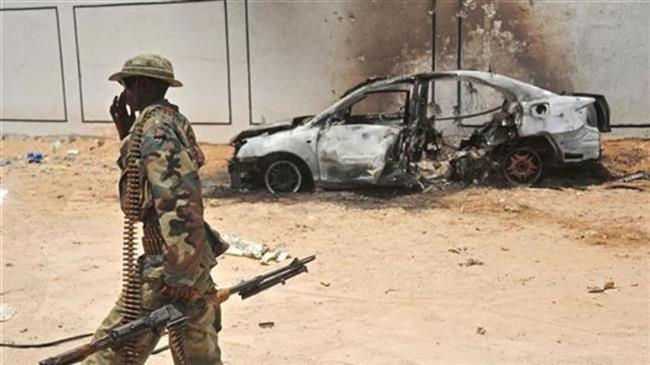 Somalia: One US soldier killed, 4 others injured 0

A US commando has been killed and four others wounded in Somalia when they came under fire during an operation against al-Shabab militants, according to the US military.

The American soldiers were on a mission Friday to clear al-Shabaab from contested areas as well as villages the militants controlled, “and establish a permanent combat outpost” to expand the reach of the Somali state, the US military’s Africa Command said in a statement.

“The US provided advice, assistance and aerial surveillance during the mission,” it said.

They were members of US special operations forces, who were fighting the militants along with 800 troops from the Somali National Security Forces and Kenyan Defense Forces.

One local soldier was also wounded when they were attacked by mortars and small arms fire, added the statement.

Al-Shabab, Africa’s most-feared militant group which has links to al-Qaeda, still controls large parts of land in southern Somalia. The group has a history of fighting Somalia’s government since the 1990s.

Despite being ousted from large parts of southern and central Somalia, al-Shabab continues deadly attacks across the country, which has been ravaged by decades of war and poverty.

The militant group aims to oust the Western-backed government in Mogadishu and drive out African Union (AU) peacekeeping troops. It has been carrying out militancy since 2006.

The US military has stepped up its airstrikes in the Horn of Africa nation after getting President Donald Trump’s approval for expanded military operations there.

In June 2011, American forces began using drones to carry out the strikes, in a mission which has so far failed to uproot the militancy in the country.