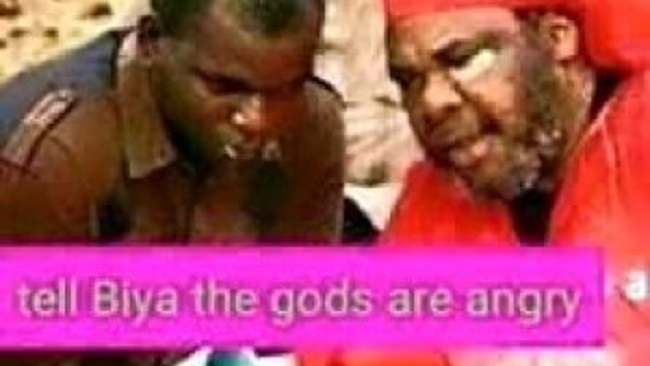 There is an acute shortage of native doctors today in the country’s two English-speaking regions of the country due to the ongoing civil war that is tearing the country apart.

Most native doctors, who used to say they could even prevent thunder from striking, have all vanished ever since the civil war broke out.

Native doctors have been targeted by both government forces and Amba fighters for different reasons.

Government troops accuse them of preparing the amulets, known as Odeshi, which are supposedly protecting the fighters against the military’s superior fire power.

Amba boys, for their part, have been targeting these doctors whose ability to protect anybody against death has not been tested.

Some Amba fighters have even had to take the native doctors with them to their jungle for them to spend time on practices that can protect them against bullets.

But some of the native doctors have been killed by bullets during fierce confrontations between the warring factions. Strangely, they could not protect themselves.

Speaking to a native doctor from Kumba who has become an IDP in Douala in East Cameroon, he said that the fighting had ruined his business.

Asked why he had to leave Kumba due to the fighting, he said bullets did not need a visa to reach anybody, adding that it would be foolhardy for anyone to stand in the way of a roaring bullet.

He added that most of his work tools had been ruined due to the fighting; stressing that living in East Cameroon was like living in Hell as he could not speak French.

He said he was praying for the fighting to end, adding that he had embraced God and would be mixing western religion and his native medicine to produce better results.

He urged his colleagues who had fled to Nigeria to return home so that they could work together to bring about peace in the war-torn country.

He pointed out that poverty was stalking him like a stubborn shadow since he had lost his clients and constituting a new client base in East Cameroon was indeed challenging.

He stressed that there were many mentally-ill people today in the two English-speaking regions of the country because of the war, adding that if the war had stopped, he and his colleagues could have helped to stabilize those who have been mentally and psychologically scarred by the war.

He opined that more native doctors would be required, as many had died due to poverty and lost business opportunities.

He indicated that there was a lot of work for new native doctors, especially those who could stand the pressure and stress of dealing with mentally-ill persons.