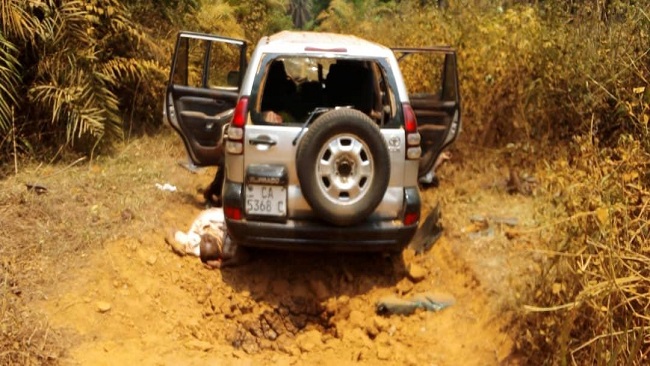 For some months now, many observers and analysts of the Cameroonian political scene have been misled into thinking that things were improving in the country’s two English-speaking regions after more than five years of reckless and wanton killing of both soldiers and civilians.

For some analysts, the country’s successful organization of a beautiful Africa Cup of Nations (AfCON) might have resulted in the reduction of hostilities in the two English-speaking regions, especially as Southern Cameroonians fighters, including some of their own generals, were also watching the matches and even supporting the Cameroon national team. It appears that if peace must return to Cameroon, then the country will have to host the AfCON every month.

Some observers had even predicted that the fighting might fizzle out after the Africa Cup of Nations as most youth in Southern Cameroons are preparing to participate in efforts aimed at developing football in the country.

But the month of March has brought in bad news to many who have been monitoring the Southern Cameroons crisis which has already sent more than ten thousand Cameroonians to an early grave.

On Tuesday, there was a massive slaughter of army soldiers by Southern Cameroonian fighters in the country’s Northwest region. The dead included – Mbem Jean Pierre, Kamga Dieudonné, Ntieche Mefire Mohamed, Kamto Kamdem Fabice, Ntongfack Brice, Kameni Albert, Tchinda Antoine, Ninchue Blaise. One survivor, Baba Jean, successfully escaped to the Mesaje Brigade while one soldier is still missing. The hunting season is clearly open, and the world will very soon be seeing rivers of blood in that part of the country.

But the situation in the Northwest Region was reduced to a dress rehearsal when a massive IED explosion consumed a Divisional Officer, the Ekondo-Titi Mayor, soldiers and others who were part of a convoy that was rushing to Bekora, a small town located some 30 miles from Ekondo-Titi, to lay the groundwork for the Prime Minister’s visit which was planned for March 2022.

This visit will not be taking place as Prime Minister Dion Ngute has promptly cancelled the trip after hearing of the slaughtering orchestrated by Southern Cameroonian fighters in his home division.

The visit was supposed to demonstrate that the country’s President, Paul Biya, who is losing his memory, was listening to the people of Ndian Division. Prime Minister Dion Ngute had already started rehearsing his lies, but Southern Cameroonian fighters have sent home a strong message – Dion Ngute will not be using their land to tell his massive unproductive tales.

According to Southern Cameroonian fighters who contacted the Cameroon Concord News Group, it seems as if Dion Ngute is suffering from memory failure. The burning of his home was a clear message that the people of Ndian Division had thrown him up and they will not be seeing him anytime soon in Ndian Division.

“Dion Ngute is an expert liar. He lies in a winning way. He was planning a trip to Bekora to come and poison our minds with his lies. Our security agents within the government told us that a delegation led by the Divisional Officer would be in Bekora to lay the groundwork for CPDM lies and we took the necessary measures to ensure that no rain of lies falls on Ndian Division. We burnt his home when this conflict started to let him know that we do not want him anymore in our land. He is an unrepentant CPDM stalwart and no story from him should be trusted,” an angry fighter said.

“Dion Ngute has not achieved much for our people, and we do not trust anything from him. Since becoming prime minister, he has only succeeded to get married to a young Beti girl who is keeping an eye on him for the Beti Mafia. It is a good thing that he has cancelled his trip. We are planning to root out all Yaounde government agents from our land. If anybody had thought the fighting had stopped, let them know that we are still active and we will be active until we get our independence,” the fighter stressed.