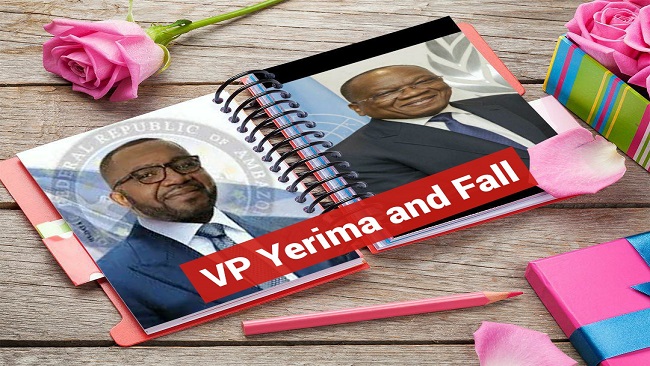 The Vice President of the Southern Cameroons Interim Government, Dabney Yerima says the United Nations should include La Republique du Cameroun in its blacklist of parties violating minors’ rights during conflicts.

In a press briefing late on Monday, the exiled Southern Cameroons leader pointed out that there was an urgent need for the international community to start naming and shaming the Biya child-killer regime in Yaoundé.

Vice President Dabney Yerima was reacting to a recent report made public by the UN Secretary General Antonio Guterres. The report covers countries and organizations under the UN’s Monitoring and Reporting Mechanism, which are listed as grave violators in the report’s annexes.

Dabney Yerima noted that all ingredients that could trigger inclusion in the annex and demand a UN Security Council sanction are evident in the war in Southern Cameroons. “Recruitment of child soldiers, attacks on schools and hospitals, killing and maiming, sexual assault and abduction of children are all in the Biya French Cameroun regime’s DNA” Yerima added.

French government support for the Biya Francophone regime in Yaoundé deep within UN structures is making the mechanism to list parties violating the rights of children in armed conflicts ineffective and discriminatory. “It is a source of grave concern that Cameroon government forces have never been blacklisted as violators of children’s rights in relevant reports of the secretary-general” Yerima furthered.

In its annual Children and Armed Conflict report, the UN said at least 19,379 children affected by war in 2020 were victims of grave violations, but it failed to take notice of La Republique du Cameroun crimes in Southern Cameroons.

The War in Southern Cameroons has already claimed at least 40 000 lives, almost all of them civilian children, men and women, murdered by Cameroon government army soldiers in a series of targeted killings, organized massacres, and killings by fire in over 400 villages burnt down to ashes across Southern Cameroons-Ambazonia.