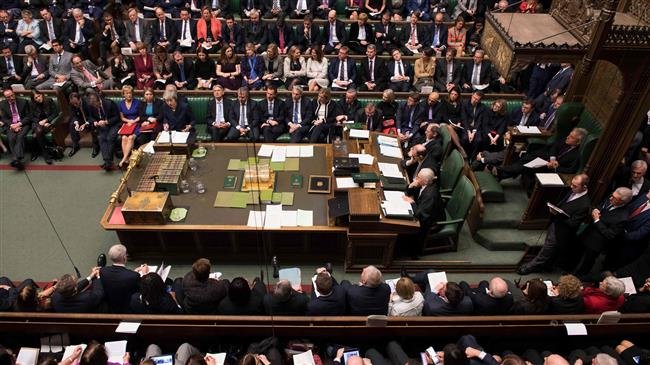 UK: Labour Party to push for Brexit vote to come before Christmas 0

Britain’s main opposition Labour Party has said it will do its best to force Prime Minister Theresa May to bring her European Union withdrawal deal to Parliament for a final vote before Christmas.

“We will be using whatever mechanisms we have at our disposal next week to try and force the government to bring forward that deal for a vote before Christmas,” Labour election coordinator Andrew Gwynne said on Sunday in an interview with the BBC television.

The comments come nearly a week after May decided to put off a planned vote in the House of Commons on her Brexit deal, saying she would try to gain more assurances from the EU about a controversial clause in the deal on the border with Ireland so that it could go through the chamber.

The move met with huge ire from the Labour and other parties in the Commons. Labour leader Jeremy Corbyn has repeatedly criticized the postponement while calling May, who went to several trips around Europe, a “runaway prime minister” who wanted to ignore parliament in the Brexit process.

Gwynne, who is Labour’s policy chief for communities and local government, did not elaborate how his party would force May to come to the chamber with her Brexit deal earlier than she is willing to.

May’s office said on Saturday, after the premier returned from a summit of EU leaders, that a vote on Brexit deal would certainly come before the January-21 deadline imposed by the parliament.

That announcement sparked fears that May was trying to delay the vote until the last moments so that the parliament would have no option other than approving the deal so that Britain could avoid a disorderly exit from the EU on March 29, 2019.