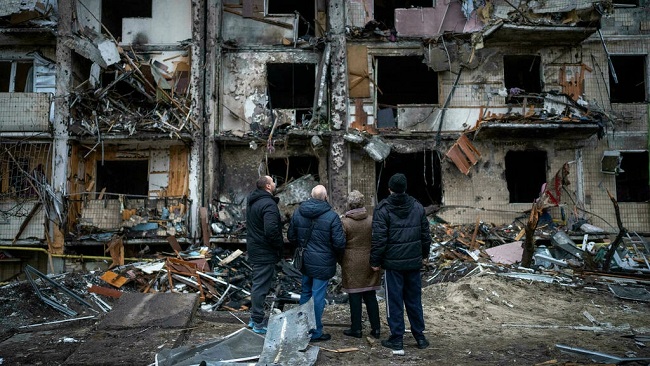 Explosions were heard in the Ukrainian capital of Kyiv early Friday as Russian forces pressed on with a full-scale invasion that resulted in the deaths of at least 137 Ukrainians in the first day of fighting. The attack on Kyiv as the war entered its second day is part of what Western officials suspect is a brazen attempt by Russian President Vladimir Putin to dismantle the Ukrainian government and replace it with his own regime. Follow our liveblog for updates on the latest developments.

Zelensky said 137 Ukrainians, both military and civilian, were killed and 316 wounded in the first day of fighting.

Russian troops fought with Ukrainian forces Thursday for control of military installations across the country. The Russian army claimed to have destroyed 74 military facilities, including 11 airfields in Ukraine, while a Ukrainian official said Russian forces had captured the Chernobyl former nuclear power plant, just 90 km north of Kyiv.

Zelensky has promised to resist the invasion, saying a “new iron curtain” now separates Russia from the rest of the world.