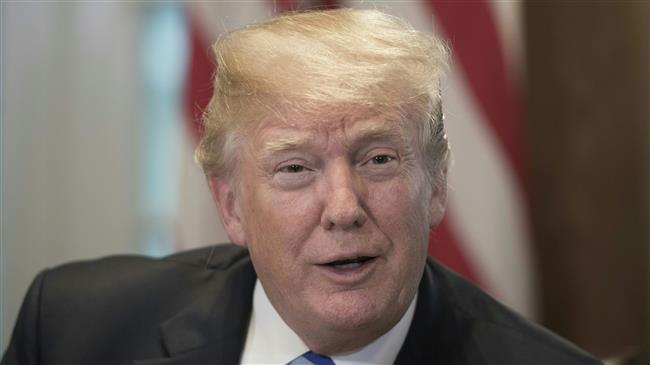 US President Donald Trump has denounced the ongoing impeachment proceedings as “unfair” and claimed that House Democrats lacked evidence to make a “case” against him.

Addressing a meeting of conservative students in Florida on Saturday, Trump blasted House Speaker Nancy Pelosi for delaying sending the articles of impeachment to the Senate and claimed that Democrats had “no case” to impeach him.

“They really don’t believe in democracy, they can’t,” Trump said. “They are violating the Constitution.”

The US president also criticized Republicans who do not support his administration’s agenda, saying, the so-called “Never Trumpers” were “the dumbest human beings on earth.”

Trump has already accused the Democrats of stalling the impeachment proceedings and called for an “immediate trial” in the Senate.

In a historic vote on Wednesday, the US House of Representative impeached the Republican president on charges of abuse of power and obstruction of Congress, which stemmed from his pressure on Ukraine to investigate his political rivals as he withheld US aid. No Republicans voted in favor of the impeachment articles, while two Democrats voted against the first charge and three against the second.

A two-thirds majority vote would be needed in the Senate to remove the president from office. With Republicans in control of the upper chamber, Trump’s acquittal in a trial — scheduled to be held in January — seems certain.

House Democrats launched the inquiry against Trump in September after an unknown whistleblower alleged the Republican president pressured his Ukrainian counterpart to investigate former Vice President Joe Biden and his son Hunter, who had served as a director for Ukrainian energy company Burisma.

Democrats are looking into whether Trump abused his power by withholding $391 million in US security aid to Ukraine in exchange for the investigation.

Trump has repeatedly denounced the impeachment inquiry against him as “a hoax.”

According to a new poll released on Friday, a majority of registered US voters supported impeaching and removing Trump from office.

The poll, conducted by The Politico/Morning Consult, found that 52 percent of voters supported the House’s decision to impeach Trump and 51 percent would support a decision by the Senate to remove him.

Eighty-five percent of Democrats said they approved of impeachment while just 17 percent of Republicans were of the the same opinion.

The poll was carried out among a total of 1,387 registered voters surveyed between December 19 and 20, which came after the House voted to approve articles of impeachment against Trump. The margin of error in their responses was plus or minus three percentage points.