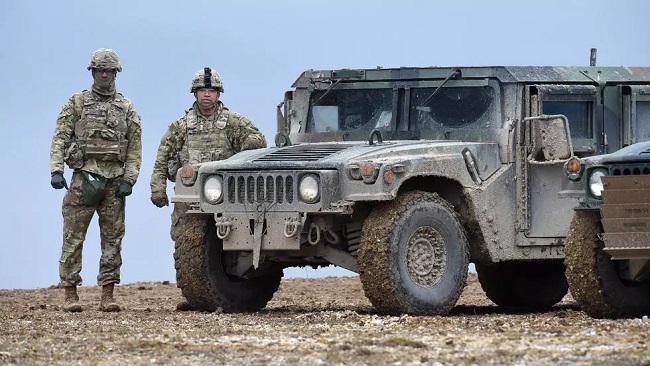 After American troops withdrew without notifying them, Afghan soldiers guarding the Bagram Air Base have been left with thousands of Taliban prisoners and a fear that the enemy will attack.

The sprawling military complex about 60 kilometres north of the capital, Kabul, was at one point home to tens of thousands of US and allied soldiers, and one of the most important military sites of the two-decade war in Afghanistan.

But the last of the US soldiers quietly left the base last week, effectively completing their withdrawal from Afghanistan and leaving a massive security vacuum that the Afghan military will struggle to fill.

The new commander of the Bagram base, General Mirassadullah Kohistani, on Monday spoke candidly about the challenges ahead, as reporters were given a tour of the largely deserted base.

“You know, if we compare ourselves with the Americans, it’s a big difference,” Kohistani said, admitting his forces could not be as “powerful” as the Americans.

“But according to our capabilities … we are trying to do the best and as much as possible secure and serve all the people.”

The lack of a clear handover or transition plan appears to have made the task even more challenging.

Kohistani said he only knew of the foreign forces’ exit after they had left.

“We did not know of their timeline for departure. They did not tell us when they left.”

The US announced Friday it had completely vacated its biggest airfield in the country in advance of a final withdrawal the Pentagon says will be completed by the end of August.

“We [heard] some rumour that the Americans had left Bagram … and finally by seven o’clock in the morning, we understood that it was confirmed that they had already left Bagram,” said Kohistani.

Rotting food where restaurants once bustled

The Bagram base is key to the security of the Afghan capital while also providing strategic cover to much of the country’s rugged north, where the Taliban have focused their recent offensives.

Kohistani insists his troops can hold the base from the Taliban and that he has “quite enough” soldiers.

But with roughly 3,000 troops under his command, the figure is a tiny percentage of the number of American and allied forces during its US-led heyday.

For US troops, morale was kept up in the then-buzzing mini-city with swimming pools, cinemas, spas and fast food outlets like Burger King and Pizza Hut.

For Kohistani’s men, the entertainment venues are closed, the warehouses are locked and the shuttered dining facilities offer only the stench of rotten food from boxes of expired meal packs.

In a sign of the challenges the Afghan military faces without US backing, 1,000 troops fighting the Taliban in the country’s north fled into neighbouring Tajikistan on Monday.

At Bagram, Kohistani said he was already receiving reports that the Taliban were making “movements in rural areas”.

One soldier, a private named Rafiullah, offered a clear picture of what he expected would come.

“The enemy are determined and will definitely try to attack here,” Rafiullah said as two Afghan military helicopters took off behind him.

“But we will not give them the chance.”

If or when the Taliban do mount an offensive to take Bagram, one of their targets will undoubtedly be a huge prison that holds up to 5,000 Taliban inmates.

“We haven’t come here to sleep. Everybody here is prepared to secure Bagram. Our morale is high,” insisted Rafiullah.

Another soldier also defiantly said he was ready to fight the Taliban but nevertheless signalled a feeling of unease over a lack of firepower and leadership.

“We will not surrender but we need weapons and strong backing from our leaders,” he said.

Witnessing history since the start of Cold War

If the Taliban do seize control of Bagram, it will be part of a longstanding pattern. The airfield was first built by the Americans for its Afghan ally during the Cold War in the 1950s.

The Soviet Union vastly expanded it after the Red Army invaded Afghanistan in 1979. After their withdrawal, the base was controlled by the Moscow-backed government and later by the shaky mujahideen administration during the 1990s civil war.

It was reported that at one point the Taliban controlled one end of the three-kilometre runway, and the opposition Northern Alliance the other.

Bagram ultimately fell into the Taliban’s hands after they overran large swaths of the country in the mid-1990s.

Following the September 11 attacks and the US invasion of Afghanistan, the Americans took control of the base and used it as the launching pad for air strikes against the Taliban and to protect Afghan forces.