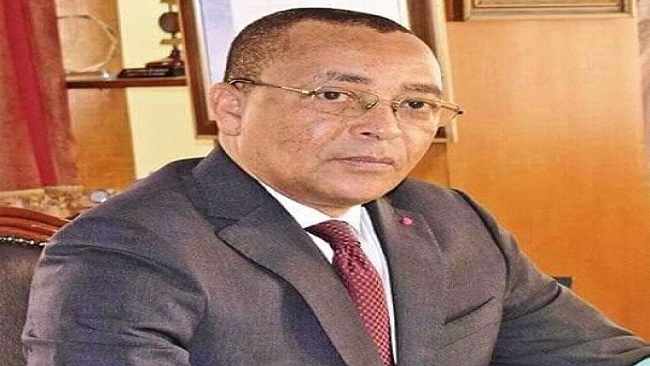 War between Biya’s barons: Consultant gets caught up 0

A French Cameroun Consultant Lazare Atou has reportedly been caught up in war between Biya’s barons, Africa Intelligence reports.

The consultant was told to stop managing the assets of three former state-owned companies just after he testified in an investigation into the conduct of the general manager of the Port of Douala at the Special Criminal Court in Yaoundé.

Cyrus Ngo’o, the general manager of the Autonomous Port of Douala (PAD) seen here on photo attached to this report was auditioned last Wednesday at the Special Criminal Court.

Ngo.o is a suspect of embezzlement of public funds, as part of an investigation opened at the Special Criminal Court.

More concretely, Cyrus Ngo’o is accused by a bailiff of fraudulent outflow of funds from the coffers of the Douala port following a contract awarded by mutual agreement and endorsed by Ferdinand Ngoh Ngoh, Secretary General of the Presidency of the Republic.

According to some opinions, underneath the affair which now involves many financial experts is a war between two camps of powerful members of the Biya regime.

One, embodied by Ferdinand Ngoh Ngoh, Secretary General of the Presidency of the Republic and the other by the powerful Minister of State in charge of Justice Laurent Esso.

On August 5, Cyrus Ngo’o was sentenced to six months in prison, suspended for five years. He was prosecuted by a private company for “abuse of office” and “misappropriation of funds”.

At the end of the hearing, the general manager of the PAD was also ordered to pay FCFA 1.7 million in fines and FCFA 162 million in legal costs.