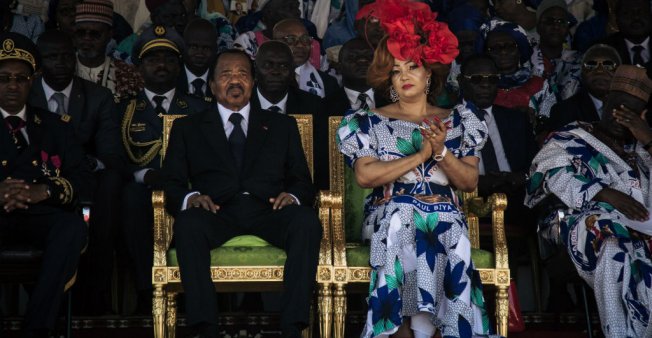 Cameroon’s minister of communications (Mincom), published a communique. According to the document, On June 25, 2019, individuals claiming to belong to an organisation named “Brigade Antisardinards” decided to ransack a hotel in Geneva, Switzerland, to disturb the private visit of Paul and Chantal Biya. On June 29, the group protested in a street in the capital city.

“Due to the recurrence of these baffling and inappropriate acts perpetrated by a part of the Cameroonian diaspora, the government expressed the nation’s indignation and strongly condemned such unacceptable acts that damage Cameroon’s reputation,” M. Sadi wrote.

The ministry reveals that the protesters have been called to order by Switzerland’s public force and are being questioned on the motives that drive Cameroonians “to show the whole world their unpatriotic feelings and prejudice to the country.”

On January 26, 2019, the “Brigade Antisardinards” claimed responsibility for the attacks on Cameroon’s embassies in Paris, France and Berlin, Germany. During those violent acts in Paris, some of them removed Paul Biya’s picture from the wall, destroyed and replaced it with Maurice Kamto’s. The latter is the leader of an opposition party named Mouvement pour la Renaissance du Cameroun (MRC). MRC, on the other hand, rejected any links to the acts perpetrated by the so-called “Brigade Antisardinards.”

Maurice Kamto is currently being detained and prosecuted for organizing an unauthorized protest in Cameroon on January 26, 2019. He organized this protest to claim victory in the October 7, 2018, presidential election despite the results published by the constitutional council. This institution, last resort in such cases, declared Paul Biya the winner with 71.28% votes against 14.23% for the MRC’s leader.