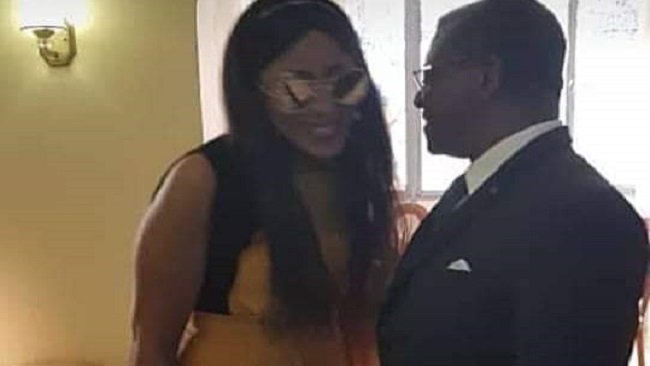 Cameroon Prime Minister and Head of Government, Dion Ngute who is 65 years old has gotten married again and this time around to a lady from the Beti ruling clan. Cameroon Concord News has not been able to confirm if it is his fifth or sixth wife.

Polygamy forms part of his Oroko culture and is legal in Cameroon particularly when one is a senior government official with access to free money from the state. Ngute, a traditional chief from the Ndian constituency has a sea of children.

The premier reportedly formalized his relationship with one of his many fiancés by having a private traditional ceremony at the prime minister’s Lake Side residence in Yaoundé.

We gathered that none of Mr. Dion Ngute’s other wives were on hand to help him marry Bodo Nelly.

Ngute’s private home in Yaoundé is currently getting a multi million upgrade that included four new double-storey thatch rondavels for his wives and children.