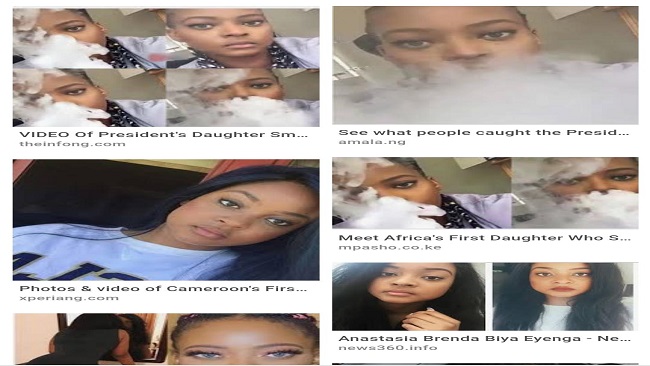 When in power, many people, especially dictators, always hold that they are above their people and divine justice.

This belief could be seen in the behavior of the country’s president, Paul Biya, who had recklessly ruled his country for almost 38 years.

Despite the people’s tears, Mr. Biya has been conducting himself as a monarch who unfortunately holds that divine justice is nothing more than fiction.

He has ruined the country’s economy through massive mismanagement and destructive corruption, transforming the country into a living hell for young Cameroonians who have seen their dreams crushed in a country ruled by diaper-wearing octogenarians.

Under Mr. Biya’s watch and instructions, thousands of Southern Cameroonians have been sent to an early grave in a war that was unnecessary and avoidable.

Today, the country is falling apart, but the man who thinks that it must always be his way has no pity or kind words for Cameroonians who are dealing with multiple crises.

Even the arrival of the Coronavirus on the country’s shores could not cause Mr. Biya to reconsider some of his decisions.

While other leaders around the world were scrambling to reassure their citizens, the “chemist of Etoudi” simply recoiled into his palace and left his fellow citizens to battle an enemy they were unable to see.

Many families are still shedding tears for the death of their loved ones while the economy is still reeling from the impact of an insidious enemy who is simply no respecter of persons.

Tempers have been flaring because of Mr. Biya’s mismanagement of the country which has resulted in millions of premature deaths.

Millions are out of work, but still have huge challenges to deal with. Their health is failing and, for many, medication has become their food. That is, if they are lucky to have it.

The country’s hospitals have collapsed and street pharmacies are mushrooming and doing a great job at poisoning the country’s citizens who do not know where to turn to for solutions to their numerous headaches.

The captain has simply left the ship to sink slowly while he spends time thinking about his declining health and eventual death.

In all this anger, the people of Cameroon have been left with only thing. The curses their ancestors bequeathed to them and they have made the most of them.

Many had predicted that Mr. Biya would die miserably and this is gradually coming to pass.

Besides his failing health, the “greedy and incompetent monarch” is spending his last days crying and calling on God to grant him some mercy, the mercy he has never granted to other Cameroonians.

His children have crashed like a pack of cards and this has left Mr. Biya in a world of brutal thoughts.

His world is really unravelling. While his sons are good for nothing, his only be loving daughter, Brenda Biya, is heading to the bottom of the abyss as portrayed by two videos that are currently trending on the Internet.

The curses have come home to roost. Vox popoli, vox dei (the words of men are the words of God). Brenda Biya is gradually letting Cameroonians into that dangerous world of false importance and flamboyant celebrations.

She is gradually losing her mind and it appears that there is nobody to help her out. Mr. Biya has not only failed as a president, he has failed as a father and his heart is broken.

Mr. Biya’s world, like the country’s economy, is crashing. He has hurt Cameroonians for far too long and his time has come.

He is having a dose of the medication he had manufactured for Cameroonians. What goes around has finally come around. Mr. Biya thought he would go Scot-free after having inflicted unbearable and excruciating pain on Caneroonians.

It is hoped that he would repent before dying. He is already living his hell here on earth. The world he created for Cameroonians has become the world of his children.

A mentally ill Brenda will have to be quarantined at the Unity Palace. She will never go out of the world of falsehood created by her parents because Cameroon was designed for the poor and not for children of the rich. And this will only complicate her mental health issue.

While we all have to choose our poisons here on earth, Mr. Biya decided to choose the most lethal poisons for himself – arrogance and dishonesty – which have come back to bite him.

He will leave the world knowing that he hurt Cameroonians and his own children. May he continue to live with his arrogance and dishonesty! Long live the monarch!