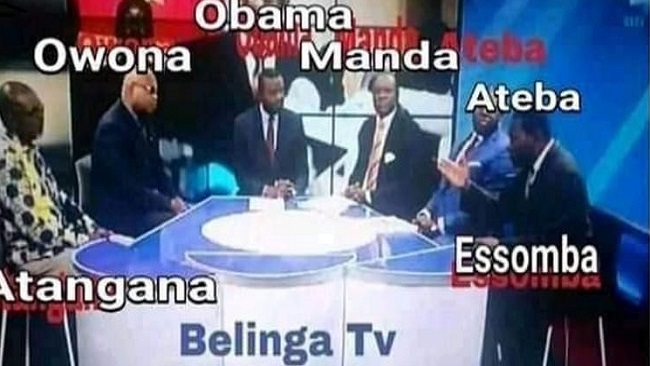 Southern Cameroons Crisis: A war criminal Biya might be, but his regime’s propaganda campaign has basically worked 0

For French Cameroun barons of the ruling CPDM party, it helps if the Biya regime propaganda is not only delivered by the government spokesman and Minister of Communication but independent analysts, media practitioners, academics, and politicians.

From the very beginning of the Southern Cameroons war, the Biya Francophone regime, assisted by French diplomatic and business interest, has run a very elaborate media battle to portray itself as the victim of an international conspiracy, wherein its only opponents are Boko Haram terrorists from Nigeria and Southern Cameroons separatists who are being used by the Anglophone Cameroon diaspora in Europe, South Africa and United States to destabilize the country.

The most important part of this Biya regime strategic messaging supported by the French government of President Emmanuel Macron is aimed at Europe and the US that are habouring both the Southern Cameroons powerful diaspora and the French Cameroun’s Brigade Anti- Sardinards. They want the USA and Europe to continue to see Biya as the only alternative to stability in the CEMAC region. They constantly say that the West should support the 87 year old.

A war criminal Biya might be, but the ruling CPDM propaganda is telling the world that Biya will continue to protect all Cameroonian minorities – his role in endangering British Southern Cameroonians by starting a sectarian war against the English speaking people and his economic war against the Bamilekes notwithstanding – and that Biya has no immediate plans to turn to China.

For the Francophone dictator and barons of his ruling CPDM crime syndicate, it helps if this propaganda is not only delivered by the Cameroon government spokesman and other cabinet ministers but independent analysts, journalists, academics, and politicians.

Recently, the Minister of Territorial Administration, Paul Atanga Nji threatened to expel NGOs and media organizations that are reporting to the world the exact situation in Southern Cameroons. The Interior Minister launched a scathing attack on Equinox TV that has so far provided the most balanced and fair coverage of the Cameroon political story accusing the management of haven received 5 billion FCFA from donors abroad.

Correspondingly, the Yaoundé regime’s favourite media houses include Vision 4 TV owned by acolytes of the regime and which specializes in mixing together conspiracy theories, half-truths and outright lies.

The propaganda machinery has successfully put aside the firm position that was adopted earlier by the US ambassador to Cameroon, Peter Henry Barlerin that President Biya should think about his legacy and step aside.

The international community is yet to draw any red line around the killings currently going on in Southern Cameroons and now with the outbreak of the coronavirus, the United States government has no intention of enforcing regime change in Yaounde.

The Biya regime’s propaganda campaign has basically worked as the US Assistant Secretary of State Tibor Peter Nagy Jr. is now expressing misgivings about the Southern Cameroons revolution and Biya’s continued stay in power despite President Trump’s determined efforts to reduce US military and economic support for the corrupt government in Yaounde.

By ignoring the Cameroon government army atrocities in Southern Cameroons and only finding areas of common interest – such as fighting Boko Haram in the Far North of French Cameroun and encouraging democracy (even if such common interests are illusory) – the US State Department is slowly but surely turning its back against the Ambazonian people.

Consequently, the Southern Cameroons Interim Government should and must step up its game and proceed in taking the battle inside French Cameroun.